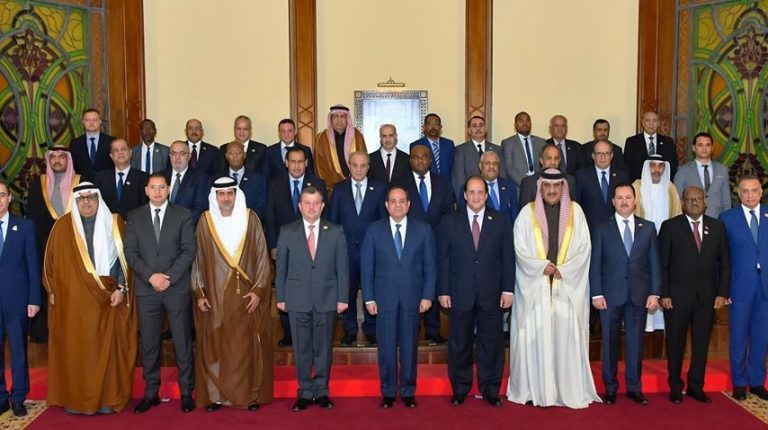 Al-Sisi stressed the importance of the forum in light of the global challenges that would affect the Arab countries’ stability and security, the presidency spokesperson said.

The Egyptian president extended his support to all initiatives that would enhance cooperation between Arab countries in various fields.

The participants appreciated the president’s efforts in the field of security and praised Egypt for hosting this important meeting. The forum would improve cooperation, dialogue, and exchange of perspectives over challenges the Arab region face and how to deal with them.

Al-Sisi and the visitors discussed the forum’s most important topics, particularly countering terrorism, extremist ideology, and organised crime. Also, the meeting addressed possible ways to efficiently confront these threats taking into developmental, social, and cultural characteristics of the Arab countries.

The Arab Intelligence Forum was held from 22 to 23 February upon the invitation of the GIS. On the sidelines of the forum, several meetings on Arab national security took place. The consultations tackled dismantling plans on ethnic and sectarian foundations that aim to weaken national states.

The forum also discussed growing foreign interventions in region affairs, and threats to the unity and territorial integrity of the Arab states.

Egypt is the centre of Japanese diplomacy in MEA region: embassy