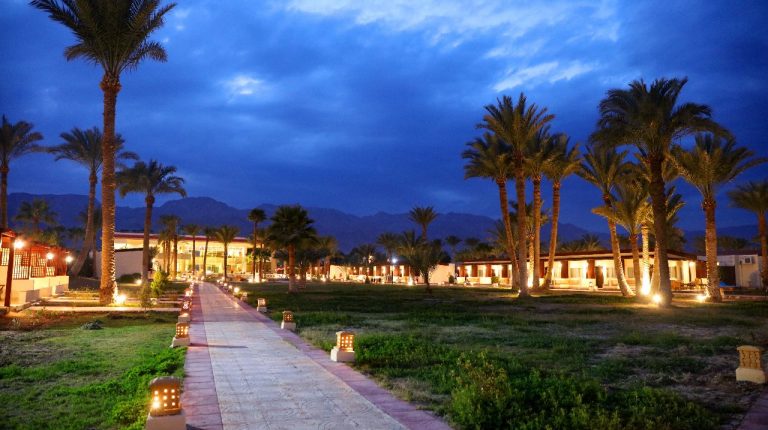 Sinai Hotels and Diving Clubs Company, owner of Nuweiba Club Resort, has opened a resort in Nuweiba, South Sinai with a capacity of 130 rooms on Friday.

The hotel was renewed by Al Bawaba for Development and Tourism Investments. Al Bawaba is a developer of managing and operating destinations including hotels, apartments, and leisure facilities in addition to developing lands through adding value to the project. Additionally, investments management and marketing consultants will be based on an operation strategy structure.

Emad El Tarabishy, CEO and Founder of Al Bawaba company said the company established a joint venture contract with Sinai Hotels to restore, renovate, and operate the 4-star deluxe Nuweiba Club Resort. The contract also stipulates that the first phase include the renovation of 130 rooms.

El Tarabishy said that only 30% of the hotel’s total area has been developed, adding that Al Bawaba intends to develop the rest of the area within five years with Sinai Hotels.

Spanning over 750,000 sqm, the resort will open another 100 rooms by next year and will include 750-1000 rooms by the end of five years, El Tarabishy explained.

Nuweiba Club Resort is the largest in terms of space and number of rooms along with various tourism activities and services that suit all guests. The first service beach was established using natural resources to fit in with the surrounding environment. In addition, a diving centre, water sports facilities, an organic farm for vegetables and fruits, as well as a horse-riding field are provided to entertain any one of any age.

The inauguration of the resort coincides with an ambitious sustainable development plan that the state is undertaking to develop the tourism sector and enhance tourism revenues, said Sinai Hotels and Diving Clubs Company’s Chairperson and Managing Director Samir Taha.

Taha added, “Moreover, the resort’s development plan includes a regional hub to serve the south Sinai region, targeting different types of tourists. The hotel will comprise a hotel and destination clinic annexed with a pharmacy. Furthermore, the second phase includes the downtown area’s development for commercial and shopping area.”

He pointed out that the resort includes 1,000 palm trees that produce a unique type of palm, in addition to an organic garden for fruits and vegetables.

Taha said that the company has also begun developing Marina Sharm Hotel after starting the development of the Nuweiba Club Resort, indicating that it aims to complete Marina Sharm’s development within 3 months.

Taha explained that Sinai Hotels company has an ambitious plan to develop its hotels by providing distinctive entertainment and tourism programmes for its guests, especially at the Nuweiba Club Resort, starting from concerts and providing entertainment venues and various tourist visitation programmes.

“Sinai Hotels company is working during the current period with The Tourism development Authority (TDA) in developing proposals to revitalise tourism movement and increase its flow in the South Sinai region,” he said.

For the 31st anniversary of retaking Taba from Israel, the governor of South Sinai, General Khaled Fouda, inspected road projects and a seawater desalination plant with a capacity of 15,000 m3, which will be completed in late 2020 to solve the drinking water problem in Nuweiba and permanently provide drinking water and advance the wheel of development.