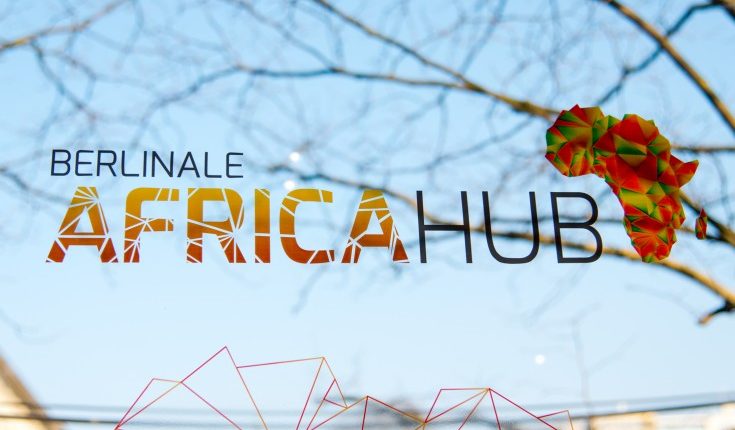 The European Film Market platform Berlinale Africa Hub is taking place for the fourth time at the Berlin International Film Festival. It offers an international forum for communication and networking to African filmmakers and creatives or filmmakers active anywhere in Africa.

Another new feature is the expansion of the spectrum of the Berlinale Africa Hub to now encompass the entire African continent. The spotlight of this year’s edition is on Sudan’s film industry. Visitors can present, exchange, and make contacts with international filmmakers in daily presentations, talks, and happy hours.

The presentations by African filmmakers and by filmmakers who work in Africa take place every day.

The 15-minute pitches deal with topics such as edutainment, social impact, series, and distribution in the pan-African region. Projects and companies with participants from Benin, Cameroon, Egypt, Ethiopia, Ghana, Kenya, Madagascar, Morocco, Nigeria, Rwanda as well as from Germany, France, Jamaica, the United Kingdom, and the USA are present.

Among them are, the company Sunbox from South Africa, whose founder Nozuko Poni was selected for this year’s Berlinale Talents programme, presents the new distribution arm of its mobile solar cinema, which brings cinema to rural areas in Africa and thus creates an inclusive cinema.

Terra Media presents its online platform of the same name, bringing together creators of social impact projects with investors. Urban Republic from Ghana/USA presents its edutainment web series Foodies for children and families, showing them how to eat healthy and varied food with little effort and local sources. Fresh Magazin & pooldoks from Cameroon and Austria are using their film The Fever about the fight against malaria to discuss the development of infrastructures for social impact films on the continent. SENTOO is a pan-African initiative in which six countries work together and, in particular, promote South-South co-productions on the continent. Dina Naser, also a Berlinale Talent this year, again presents the collective Sisters in Film MENA, which supports filmmakers from the Middle East and North Africa.

Following its premiere at the Durban Film Festival in 2019, the initiative Engage stops at the Berlinale Africa Hub Talks this year. Engage deals with the potential of African filmmaking in think tanks and panel discussions. In Berlin, the focus is on the contents and the consistency of further training and continued educational opportunities in Africa, the status quo and the challenges of North-South and South-South cooperation, and the synergies between Africa and its diasporas.

The discussion “The Role of TV for the African Continent and its Diasporas” (February 25) examines the possibilities of addressing a pan-African audience, and the focus will additionally be on the importance of television in Africa in the age of technological change.

The discussion “Film & Tech: Does Africa Need a Silicon Valley?” (February 22) deals with the question of how technology and startup culture can actually advance the African film industry, while focusing on the challenges and risks associated with it, as well. Rwanda, in particular, is now considered an African technology hub. The discussion “Sudan’s Awakening as a Film Industry Contender” (February 23) continues the spotlight series from last year and takes a look at the country’s filmmaking with its talented filmmakers who are trying to gain an international foothold.

The panel presents initiatives as well as international cooperation opportunities. The edutainment market is the focus of the talk “Roadmaps: Forging New Synergies for Film Production with Foundations” (February 24). The panel explores the possibility of commissioned work, in particular foundations, grants and non-governmental organisations (NGOs) in the field of edutainment and social impact, and how one can best utilise this potential.

African companies are again represented in the EFM’s PopUp Offices. Among them are representatives from Sudan and Ethiopia. The Berlinale Africa Hub once again presents African 360° VR projects. For the first time, however, these projects can be seen in the EFM VR.