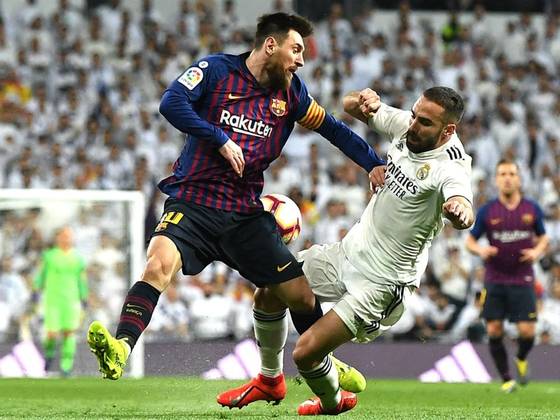 All eyes of football fans are on the Camp Nou stadium as it hosts El Clasico, the wold’s biggest football clash, between Barcelona and Real Madrid in their postponed Gameweek 10 of the Spanish La Liga. 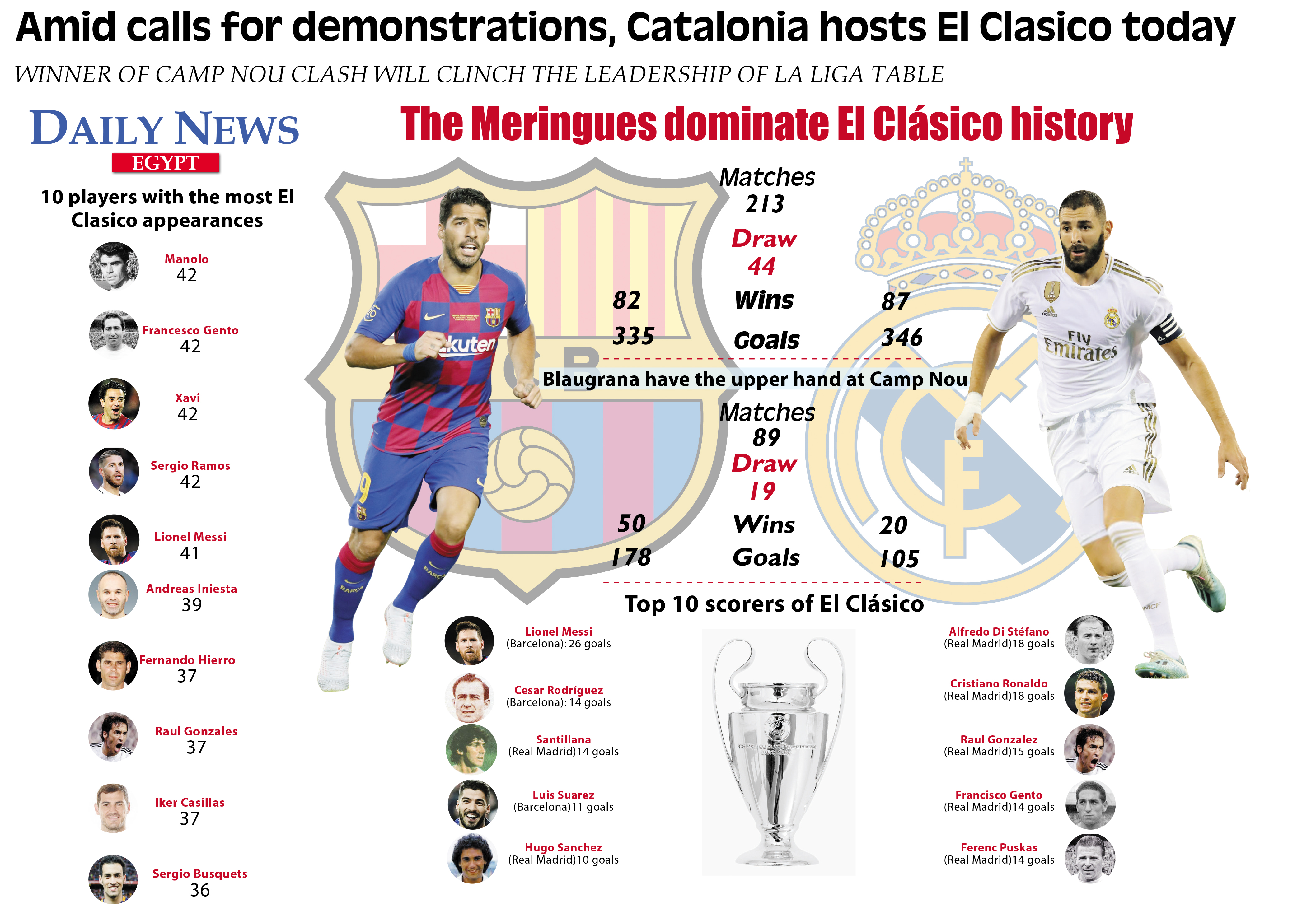 The match will take place amid high security measures due to calls by various groups, such as Tsunami Democratic, for demonstrations in Catalonia, which previously caused the postponement of the El Clasico, as it was supposed to be played on 26 October.

Both teams enter the game eyeing the victory to gain the leadership of La Liga as each of them has 35 points on the top of the league table, though Barca excel by goal difference. In 16 matches, Barca scored 43 goals and conceded 20, while Real Madrid scored 33 goals and conceded 12.

This is the first El Clasico since the 2009/10 season, where both teams have equal points in the league.

Interestingly, both teams’ top scorers in the league are also equal, as each of Lionel Messi of Barcelona and Karim Benzema of Real Madrid scored 12 goals so far, topping La Liga scorers this season.