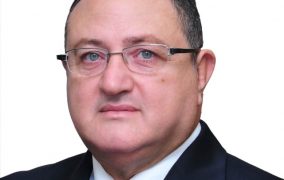 Prime Minister Mostafa Madbouly issued a decree appointing Medhat Kamar as the Chairperson of the Egyptian Arab Land Bank for the remaining term of the board until September 2020, based on the nomination of Tarek Amer, governor of the Central Bank of Egypt.

Kamar served as the deputy chairperson before Amr Kamal, who just recently resigned from his post, nominated him to take the lead.

Kamar joined the Egyptian Arab Land Bank board in September 2017. He was formerly a senior risk officer at the National Bank of Egypt.

Kamar managed the settlement of about 42% of the total non-performing debt portfolio in the period from October 2017 to November 2019 with a value of EGP 2.6bn.

For his part, Kamar thanked Kamal for the great effort and wise leadership during his tenure as Chairperson of the Bank and was honoured to work with him.

Kamar confirmed that he and his colleagues in the Board of Directors are determined to complete the reform process and will make every effort to complete the stages and plans for the development and reform of the bank.

Kamar pointed out that the bank has highly qualified and experienced human resources, and he appreciates the efforts of all employees of the bank during the past period, hoping that the efforts and forearms of all staff will continue to join hands to complete the process of development and reform.

Egyptian Arab Land Bank board begins developing its strategy for next 3 years: chairperson