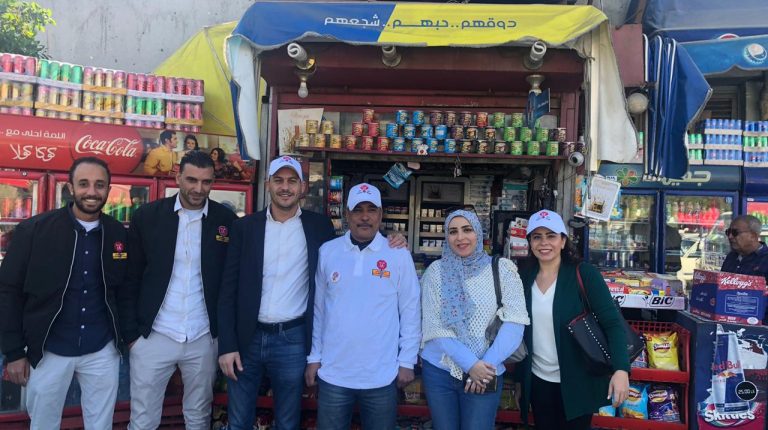 The campaign does not target Egypt only, but the whole world, the Managing Director of Philip Morris Egypt and Levant, Vassilis Gkatzelis, told Daily News Egypt, adding that the campaign will be then launched in Lebanon in December and Jordan in January.

He said the company started the campaign in Egypt because it’s the biggest tobacco consumer market in the region. The campaign’s slogan is “I will not sell to you. You will not buy”.

The campaign will last for three months covering all of Egypt. It started with Cairo on Sunday, but it will expand to other governorates gradually.

The company believe this is the best timing for launching the campaign as it coincides with half-term vacation which witnesses higher demand by children for tobacco products.

The campaigners visited various outlets of the company, including supermarkets in gas stations, kiosks, and booths in the street. They explained to the retailers the procedures that should be followed in case a child aged less than 18 wanted to buy any tobacco products.

In case a retailer was suspicious about the age of a tobacco customer, he should ask for the customer’s national ID, and if he was less than 18, the retailer should refrain from selling any tobacco products to him and explain the dangers of smoking in a young age.

In case of repeating the crime, the penalty shall be imprisonment for a period no more than one year. However, the law considers the child who buys cigarettes as a victim and does not apply any penalties on him.

The campaigners gave tobacco retailers a special uniform with the campaign’s slogan on it.

To measure the impact of this campaign, Daily News Egypt talked to a retailer in a kiosk in Nasr City. The retailer asserted that he does not sell cigarettes to children less than 18 years old, and he ask for the national ID in such cases.

Gkatzelis mentioned that the company sends its representatives to retail tobacco stores to ensure they follow their contracts with the company, including not selling for children and selling the company’s products at the agreed prices.

“In case of observing any violation, we give the retailer a warning note,” he said.

For the company’s corporate social responsibility (CSR) in 2019, Gkatzelis announced that Philip Morris Misr has invested EGP 12m in CSR projects in Egypt.

He explained that the company launched two main projects in 2019; “San3ety Ganoub El Wadi” programme with EGP 8m investment, which aims to provide on-the-job trainings to the youth in Upper Egypt to become successful entrepreneurs, the other EGP4m in invested  in the aforementioned awareness campaign.

Philip Morris announces Introduction of IQOS in the United States