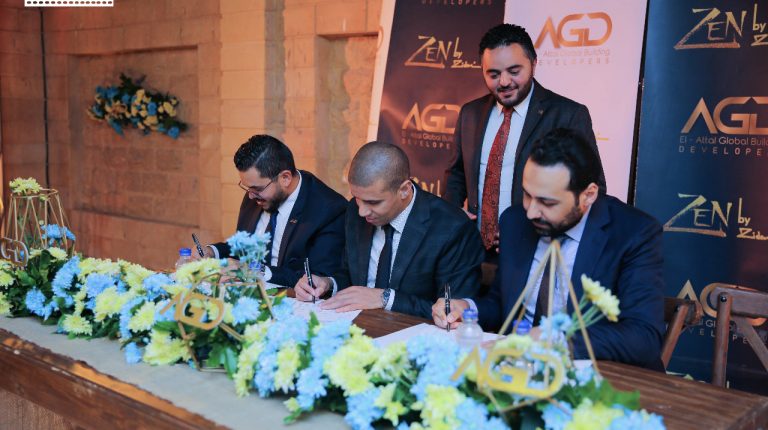 El Attal Global Developer (AGD), a subsidiary of El Attal Holding, has signed a partnership agreement with football player Mohamed Zidan to implement one of the company’s projects in Fifth Settlement, New Cairo.

Managing Director of AGD, Mohamed El Attal said that this contract will be the beginning of a number of other real estate projects between AGD and Zidan during the coming period within the company’s strategic plan to expand in New Cairo.

El Attal said that the AGD company owns 25 residential projects in the Fifth Settlement and has been able to attract a large number of customers as a result of innovative marketing strategies and the demand for compounds within open residential strategies.

Zen project is the co-development project between AGD and Zidan in Beit Al Watan in New Cairo. Unit space ranges between 177-216 sqm, El Attal noted, adding, “The project lies in the heart of Beit Al Watan and is surrounded by service and entertainment areas.”

For his part, Mohamed El Iraqi CEO of AGD said that Zen project is the first project in collaboration with Zidan to be followed by several projects announced for the coming period.

El Iraqi said, “Zen project is close to the New Administrative Capital (NAC) and Suez Road in addition to its unique architectural designs, making it one of the most attractive projects for customers.”

“The Fifth Settlement is one of the most attractive areas for investment due to the nature of its distinctive atmosphere and proper state planning,” El Iraqi said, adding, “The NAC did not in any way affect the flow of sales in the Fifth Settlement area, as the latter still enjoys increasing demand.”

Commenting on his partnership with AGD, Zidan pointed out that his decision to partner with the company was due to the real estate market’s success and the real estate sector’s long history in Egypt.

He expected that the partnership will  add to the company’s success record and jump start new housing projects around the region.

Why did Egyptian parliament summon government?