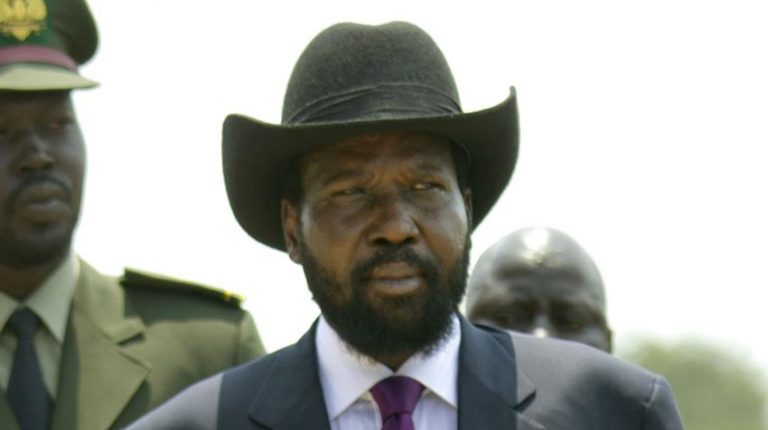 Sudan’s transitional government and various opposition groups under the Sudan Revolutionary Front umbrella on Monday signed the political roadmap and Cessation of Hostilities (CoH) agreements seen as a major breakthrough in the ongoing peace negotiations to end decades of conflict.

South Sudan President Salva Kiir who has been mediating the peace process since Oct. 14, lauded both parties for reaching the agreement and disclosed that peace and stability in Sudan also translates into stability of Juba which is seeking recovery from five years of conflict.

“I want to thank the new leaders of Sudan for their straightforwardness that they would want to solve all the problems. The problem in Sudan, if it is not solved, will always spill into South Sudan and the opposite is also the same,” said Kiir in Juba after witnessing the signing ceremony.

“I want the two countries to move out of this crisis and so that they concentrate only on development for the people of Sudan and South Sudan,” he added.

The political declaration sets out critical issues to guide the talks and the CoH will open up humanitarian corridors in conflict-prone regions of Nuba Mountains, Blue Nile and Darfur where the Sudan government has been battling rebels for decades.

Mohamed Hamdan Daqlu, deputy head of the ruling Sudan Sovereign Council, a coalition of the Transitional Military Council and opposition Forces of Freedom and Change , congratulated the opposition groups for signing the deal.

“We are partners and not enemies in this peace process. I reaffirm the commitment of the Sudanese government to continue negotiating with the opposition,” said Daqlu.

El Hadi Idris, leader of SRF and Sudan Liberation Movement-Transitional Council said the deal reached between both sides demonstrates political will and commitment by the parties to end the conflict.

“During these few days we have spent with members of the Sudan Sovereign Council we have observed that they are serious and we are also serious about peace negotiations. The political will on both sides is assured. It is very rare to see conflicting parties fully cooperate,” said Idris.

He disclosed that the latest development marks a departure from past deals where the government signed a unilateral ceasefire with separate rebel groups.

“The other document on CoH is the first of its kind because we used to sign unilateral Cessation of Hostilities. This is the first time that all parties decided to join to sign the cessation of hostilities,” he added.

Idris urged the African Union Peace and Security Council as well as United Nations Security Council to support the effort and initiative led by South Sudan and to do whatever possible to issue a mandate that can accelerate the peace process.

These groups had fought against former Sudanese President Omar Al-Bashir and are now seeking to be included in the transitional government in Khartoum.

Abiy Ahmed: wide reforms, but some sceptic over unsettled issues

Roadmap of parliament’s special committees during 4th legislative round