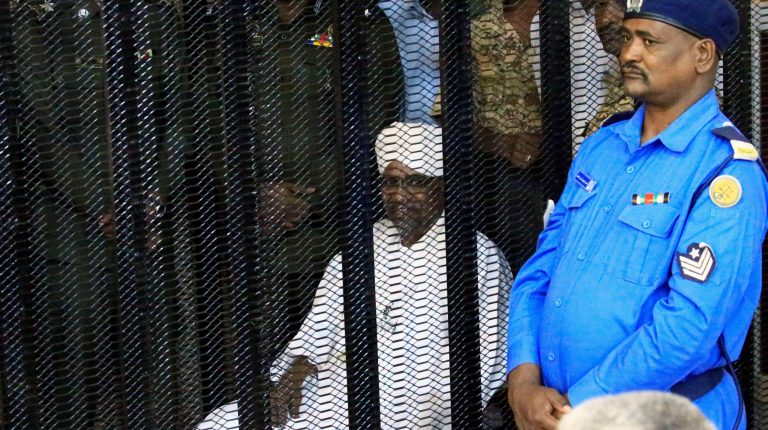 A Sudanese court on Saturday postponed the trial of ousted president Omar Al-Bashir to next Saturday after hearing three testimonies.

During the trial, Al-Bashir’s lawyer Ahmed Al-Taher requested the court to release his client on bail. But the judge requested him to submit a written request for consideration.

The lawyer told press that the session was the second, and that the trial is still in the testimonies hearing stage.

Three witnesses: a former state security prosecutor, military intelligence officer, and bank employee have provided their testimonies, as they are members of the committee that inspected Al-Bashir’s residence and was responsible for freezing his assets.

The lawyer said that the testimonies were “normal and not new,” pointing out that two witnesses are left, and after their testimonies, he will begin “submitting evidence that refute all accusation.”

Al-Bashir is facing charges of illegal possessing of foreign currency, corruption. He was also charged in May with incitement and involvement in the killing of protesters, and prosecutors also want him questioned over suspected money laundering and terrorism financing.

In the last trial session, Al-Bashir told judges he had received millions of dollars from Saudi Arabia, and repeated previous testimonies.

Al-Bashir has been detained since being ousted from power in April after months of protests.

Bashir appears in court, says he had received millions of dollars from Saudi Arabia