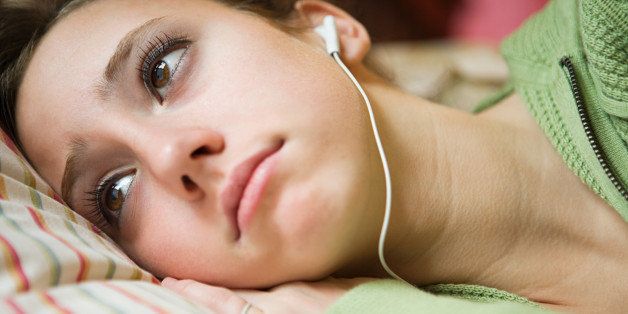 After breakups, many people would consider focusing on their life paths, focus on the things that they want to develop in their personalities, or seek moving on; yet the music remains a main supporting key for the people to keep going, according to a survey by global music streaming service, Deezer.

The survey said 78% of participants admitted that songs they listen to help them overcome heartbreaks. It included 2,000 people in Egypt, and 8,000 others across Saudi Arabia, Brazil, Germany, France, and the USA to prove similarities among users across the world.

The study searched number of cases of which music was stated to be an essential part of them, and had a remarkable role in people’s reactions in them. This includes, first dates, heartbreaks, and recovery process. 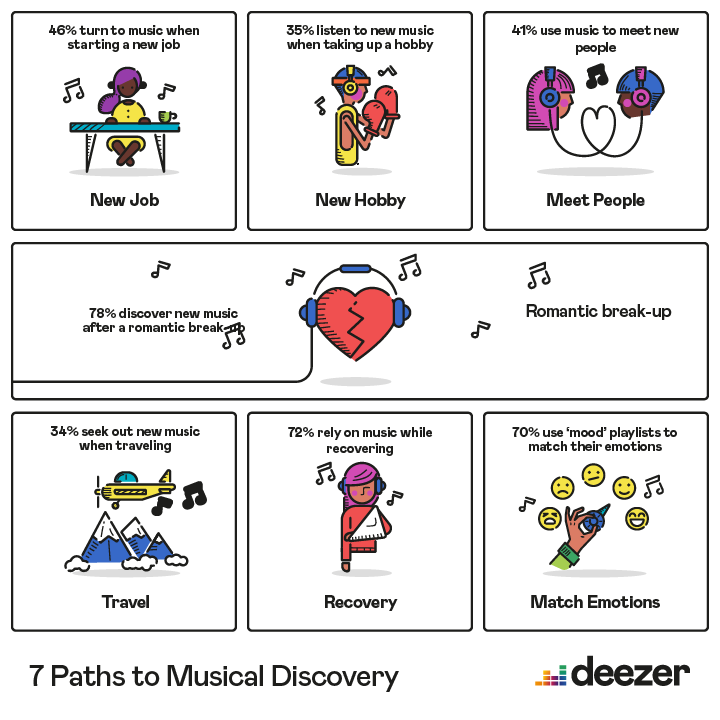 The study revealed that 72% of people admitted the importance of music in recovering from illness.

With over 56 million tracks available in every genre, the platform offers users all sorts of music to pick from, depending on their demand.

When it comes to the start of relationships, 29% of surveyed people in Egypt, admitted that they pretended knowing a song or an artist on their first date.

Users from Saudi Arabia and Brazil agreed with Egyptians on pretending to know an artist on the first date, except that the rate of doing so jumps on reaching 41%, compared to 29% in Brazil.

The journey music with people is far from having an end as the spark of love fades, 78% of lonely hearts admitted that music did help overcome heartbreaks, while 41% stated “seeking out new music to rebuild confidence after a romantic breakup.”

Speaking of hearts and love, the survey also stated that people’s taste in music genres dramatically changes after going through breakups.

The platform connects 14 million monthly active users around the world to 56m tracks.

Music is also proven to be an emotional calming drug for 84% of the surveyed people in Egypt admitted listening to music when feeling tense or nervous.

It also accompanies people at their new challenges, and triggers emotions and power inside of them. About 46% of people turn to music when starting a new job, while 34% seek out new music when traveling or exploring the world, while 35% use new music to help them find a new hobby.

“Music is part of us and the soundtrack to our lives is always evolving. It’s fascinating to see from our research how music discovery is closely linked to important phases and events in people’s lives,” Aurélien Hérault, Chief Research and Data Officer at Deezer, said in a press release.

Spotify: How a Swedish startup transformed the music industry

Berlin-based SoundCloud lays off almost half its staff

Why YouTube Red may have a tough time in Germany