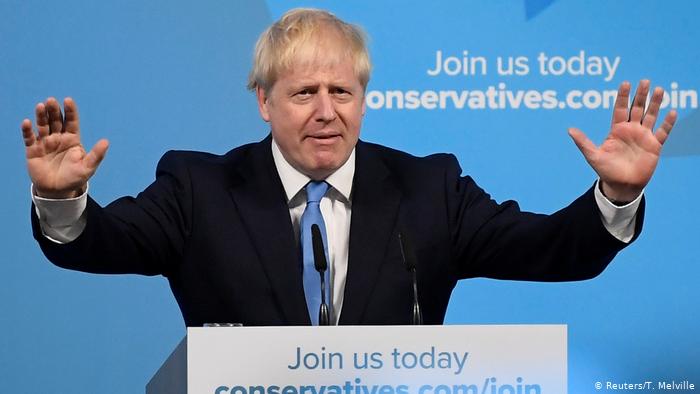 Boris Johnson was elected leader of the British Conservative Party on Tuesday, virtually assuring his ascendancy to replace Theresa May as prime minister.

British media said that barring a highly unlikely veto from the Queen, Johnson will take over the reins from outgoing Prime Minister Theresa May, having repeatedly pledged during the campaign to leave the European Union at the end of October “come what may.”

Johnson thanked Theresa May for her service to the country, saying it was “a privilege to service in her cabinet.”

He said that many people would question the decision to elect him as leader, but said “we are going to energise the country, we are going to get Brexit done by October 31.”

Following the announcement, US President Donald Trump tweeted “Congratulations to Boris Johnson on becoming the new Prime Minister of the United Kingdom. He will be great!”

While, The European Union’s Brexit negotiator, Michel Barnier, said on Tuesday the bloc was ready to work with incoming British Prime Minister Boris Johnson for an orderly Brexit.

“We look forward to working constructively with PM Johnson when he takes office, to facilitate the ratification of the withdrawal agreement and achieve an orderly Brexit,” Barnier tweeted.

“We are ready also to rework the agreed declaration on a new partnership,” he said, referring to the political declaration that accompanies the withdrawal agreement.

The Brexit architect: What is David Cameron up to these days?