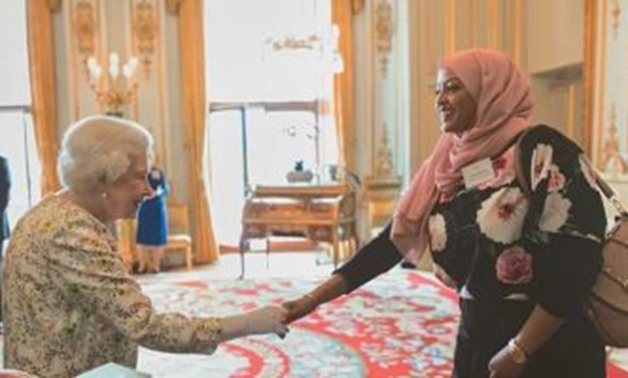 Queen Elizabeth II honoured an Egyptian woman called Inas Ibrahim Helal for her outstanding work in their communities in voluntary capacity, according to a statement from the Egyptian Ministry of Immigration and Egyptian Expatriates Affairs.

US-based Helal received her award at the famous Royal Buckingham Palace in celebration of the queen’s birthday. It was not the first time for Queen Elizabeth II to honour Egyptians.

The English queen also honoured two Egyptians in the UK, Nemat Talaat Shafik, deputy governor of the Bank of England, and Bishop Angaelos of the Coptic Orthodox Church for their outstanding contributions in their fields in 2015.

In 2014, the Egyptian Heart Surgeon Magdi Yacoub was awarded the Order of Merit by Queen Elizabeth in the New Year Honours.

Ministry of Immigration to establish new unit for international projects

Susan Boyle through to 'Britain's Got Talent' semis

A KHAWAGA'S TALE: On her majesty's service