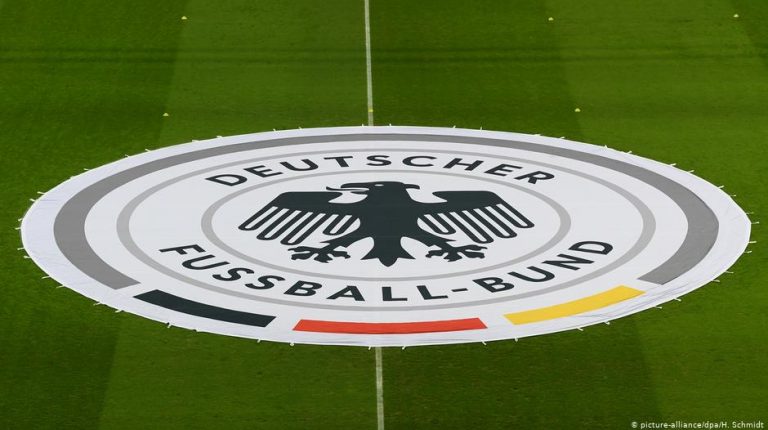 The ink had hardly dried on Reinhard Grindel’s resignation before plenty of speculation began to emerge about who could become his successor. DW looks at the key issues facing whoever takes over as DFB president.The next president of the German Football Association (DFB) has an unenviable task. Above all, the successful candidate will have to embody key character traits that Reinhard Grindel didn't: credibility, an impeccable compliance record, and strength in integration, communication and crisis management.

With the new chief to be elected at the German FA's congress in late September, there is still plenty of time for speculation about who will succeed Grindel. But just hours after his resignation, already a number of names were making the rounds – some well known, some, perhaps not so well.

Could Philipp Lahm step into the breach?

Former Germany players Philipp Lahm and Christoph Metzelder have been the pair most frequently mentioned so far, but they are not alone. Former women's national team coach Silvia Neid's name has come up, as have those of former Germany captain Lothar Matthäus, former Germany striker and head coach Rudi Völler, and the general manager of the national team, Oliver Bierhoff. A couple of other names may not be as well known to international football fans: DFB General Secretary Friedrich Curtius, former German Interior Thomas de Maizière, and Sylvia Schenk of Transparency International Germany.

Whoever the successful candidate turns out to be, he or she will have their work cut out for them. Here are the most pressing issues:

Considering the fact that Grindel is the third DFB president in a row to have had to depart prematurely, the first problem should be obvious: the organization is in urgent need of reform. What's needed is a streamlined structure and people in place who have the required know-how to deal with the increasing complexity of the footballing world.

Disconnect from the supporters

It's not without reason that hardly a Bundesliga game goes by without supporters shouting slogans slamming the DFB or unfurling critical banners in the stands. This is because the ever-increasing commercialization of football has left many fans feeling aggrieved. Among their main complaints are rising ticket prices and kick-off times that are aimed at generating maximum revenue, while not considering the impact on the "average" football supporter, particularly those who like to follow their teams on the road. The extreme marketing of the German national team or Die Mannschaft, has also contributed to the fans' alienation.

Disconnect from the amateur game

A disconnect between the DFB and smaller, amateur clubs has also developed. The small clubs complain that the DFB is only interested in the professional game while displaying a condescending attitude towards the amateurs. The amateur clubs are demanding financial support, particularly in less affluent regions of the country. They argue that with professional kick-off times being spread out through entire weekends and beyond, their revenues are taking a significant hit.

A dearth of young talent coming through

Germany's youth development program has fallen behind, and recent results have reflected this. Germany's under-19s failed to qualify for the last European championship, the under-17s only got to their Euros as one of the best group runners-up and German teams simply haven't been a factor in recent UEFA junior club competitions. Football development experts argue that there has to be a major shift in priorities, if things are to start to improve anytime soon.

The ground-breaking ceremony for the DFB's new academy in Frankfurt, which Grindel has described as a "center of excellence for all German football" is to be held in early May, with construction meant to be completed by 2021 – at an estimated cost of no more than €150 million ($168.5 million). Another major project on the horizon is EURO 2024, which is to be hosted by Germany.

Despite repeated pledges from the DFB since Grindel took over as president in 2016, there has been precious little progress on getting to the bottom of allegations that the bid committee greased palms to ensure that Germany won the right to host the 2006 World Cup. More than three years since the allegations first emerged in a Spiegel article, the DFB has failed be proactive in trying to get to the bottom of things, choosing instead to be reactive – to either media reports or criminal investigations related to the affair.