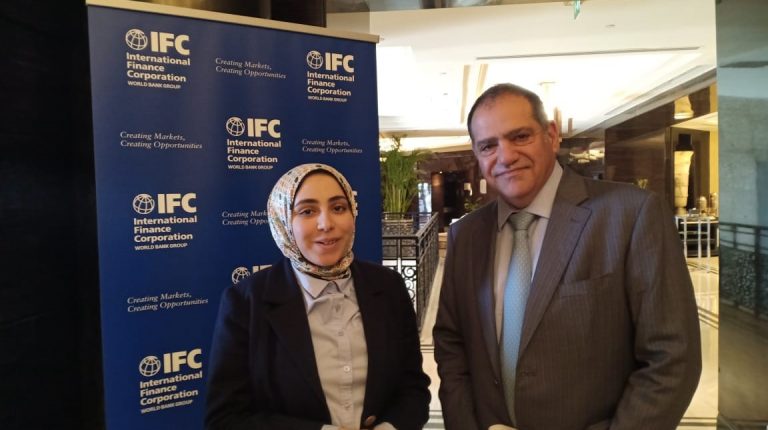 The IFC chose Egypt earlier as a model for its investments in Middle East and Africa. It announced in the beginning of the current fiscal year (FY) 2018/19 that it aims to invest up to $1bn over the FY. DNE interviewed Labadi on the updates of the IFC’s plans in the Egyptian market.

The interview also focused on the IFC’s efforts in supporting the private sector by facilitating access to finance, improving crucial infrastructure services, and promoting gender diversity in the workforce.

You announced earlier that the IFC would invest $1bn in FY 2019, how far have you achieved from this target?

Egypt is a priority country for the IFC in the region. Over the last several years, we have scaled up our programme in Egypt. I believe we will have another strong year in Egypt, especially in the manufacturing sector. To-date we have already committed close to $200m. We launched several important initiatives on supporting entrepreneurship. Moreover, we are committed to supporting critical infrastructure, especially in the renewables sectors.

What are the targeted sectors in FY 2019?

Egypt is a core country for the IFC. We think Egypt has a promising market with good economic growth rates. Notably, the government has embarked on a brave road on the reform programme, which should help the private sector to have a bigger role in the Egyptian economy. Therefore, we see opportunities in real estate, manufacturing, medical care, pharmaceutical, banking, and infrastructure sectors.

Our biggest investment in renewable energy is the Benban Solar Park, the largest in the world. We invested in 13 projects there. Some of these power plants are completed, while others are still under-construction.

The project’s labour force is mainly provided from the local community in Aswan.

We are also working with the ministry of electricity on developing solar energy tenders, so they will basically give the opportunity for the private sector to get involved in the solar energy field.

In FY 2018, the IFC invested $1.5bn in Egypt’s private sector in order to help create jobs, improve local infrastructure, and boost economic growth. That figure, which includes funds mobilised from other investors, represents a record for the IFC in Egypt. The investments have been geared towards helping private sector companies grow, expand, and create jobs. This included a landmark investment of $653m in Benban Solar Park, which once completed, will be the largest solar park in the world.

Did you recently receive any requests from banks operating in Egypt to finance SMEs?

The IFC sees great potential in the SMEs market in Egypt. Supporting small businesses is one of our strategic priorities in Egypt, as we believe that small businesses can drive economic growth and job creation in the country.

Also, we signed an agreement with Banque Misr in order to support women-led businesses within the bank’s SMEs portfolio, as part of the IFC’s wider plan to boost financial inclusion for women entrepreneurs in Egypt. We aim to help more banks to tap into this sector.

Do you consider entering in any private equity platforms for SMEs?

We have investments in Flat6 labs, in partnership with the British government to support fintech start-ups. We also have investment in Algebra Venture that looks primarily on Series B and C investment.

Do you plan to increase financing in local currency in Egypt?

Last year, the IFC has provided its first investment in local currency and we are looking for more opportunities. I think we have to find investments where the IFC can play a particular role without resorting to local banks, for example in areas like education and medical care. The revenues in those areas are typically in local currency, and their risk profile is one that more local banks are less comfortable in getting involved in, so we are looking at opportunities in such sectors. So, we are interested in finding more opportunities like that and we will continue to pursue them.

What about the IFC’s other projects?

Do you think Egypt’s reform programme is moving in the right track?

I think the reform programme is absolutely moving in the right track. A lot of really good things have been made and still there are a lot of things to do.

For example, it is very difficult to register a mortgaged land because of the land registration’s difficulties in Egypt. I think it is an area where they need to improve, so that land owners can get financing and grow their business.

Egypt has made progress in doing business sector, but they still need to do more particularly in training. The logistics and training in commerce will take some time to move forward. This country has a pivotal place in the global economy which would allow it to be an international trade hub, and we would like to see it achieve its full potential. We all need to do more, not just the government.

What are your expectations for Egypt’s growth in the current FY?

I expect economic growth to reach 5%, or a little bit more than 5%. I think it is a good rate.

We are very optimistic about growth in Egypt, and we continue to see that the private sector should contribute more in the growth.

In your opinion, what are the sectors that will drive this growth?

There are three areas that could really help facilitate growth in Egypt, one is the logistics for goods and services, and we think more investments are needed there and we would like to be part of that.

The second is the ICT sector, as I think the state’s agenda goes to efficiency of payments and creating opportunities for people to pay for goods and services electronically. They also focus on developing smart systems which would allow the economy to function effectively.

The third area is agribusiness because the agenda is also concerned with developing the supply chain.

I think the last fundamental aspect of Egypt’s growth is to become an energy hub. We think there is a lot of potential for Egypt in gas exports.

Is Egypt ready for Electronic Payments Law as it comes into force?

WBG to scale up its support for Africa’s climate adaptation

International Women’s Day: where does Egypt stand in terms of women’s economic empowerment?

47% of companies in Egypt have female board members: IFC