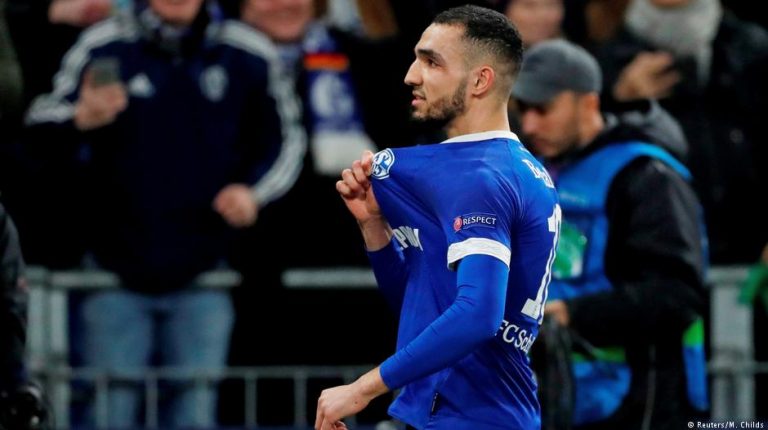 Struggling in the Bundesliga and with a first leg loss to overcome, Schalke’s chances of knocking out Manchester City on Tuesday look slim. But recent Champions League shocks have shown there’s always a glimmer of hope.Mismatches in the knockout stages of the Champions League are a rarity, given how difficult it is to reach the last 16. But Tuesday's clash in Manchester looks about as uneven as it gets.

Visitors Schalke have won one Bundesliga game since November, are 14th, have a coach on the brink and have conceded three or more goals in five of their last six games. Meanwhile, Manchester City top the Premier League having won their last nine games in all competitions. The English champions are also 3-2 up from the first leg.

But as City's rivals Manchester United proved in overturning a 2-0 first leg home loss for the first time in the history of Europe's premier club competition the night after Ajax shocked holders Real Madrid on their own turf, nothing is ever truly set in stone in football. DW takes a look at the ways in which Domenico Tedesco's side might pull off the almost impossible.

Capitalize on likely absence of Fernandinho

City have been largely untroubled domestically all season, save for two consecutive shock defeats in December to mid-table outfits Crystal Palace and Leicester. While other factors came in to play, the absence of midfield fulcrum Fernandinho was considered by many to be critical. The Brazilian is City's only genuine natural defensive midfielder and his ability to intercept, tackle and start the counter is at the heart of City's ability to rapidly turn defense in to attack.

The 33-year-old is an unlikely to return for Tuesday's match after missing the last three games with a muscle injury. While City have won all three, Tedesco could profit from the lack of a screen in front of a central defense also missing John Stones and with Aymeric Laporte just back from injury.

Revel in the lack of pressure

"We're all aware of how difficult a game it'll be," Jochen Schneider, Schalke's newly installed head of sport, said as the squad flew to England on Monday. "We want to take on this challenge, although our current situation in the Bundesliga is obviously more important."

As in the first leg in Gelsenkirchen, when Schalke led until a late City double, the pressure and expectation is all on City and that could help lift the gloom that hangs above Schalke in the Bundesliga. Players like Yevhen Konoplyanka and Sebastian Rudy have struggled with the pressure in the league this season but have the talent to cause even the best sides a few headaches, even though Daniel Caligiuri's injury is a major blow. Perhaps having nothing to lose will free up some of the Royal Blues more creative players.

Hope for a helping hand from VAR

While the defense that helped Schalke to second last year hasn't quite lived up to its potential, there's little doubt that Schalke's main problem has been at the other end of the pitch, where they've scored just 27 goals in 25 Bundesliga games. Nabil Bentaleb's (pictured, top) eight goals in all competitions make him the team's top scorer this season ahead of Breel Embolo (five), who missed nearly half the season with a foot injury.

All of Bentaleb's goals have come from the penalty spot, including two against City in the first leg. The first of those was awarded after the VAR ruled Nicolas Otamendi handled the ball. Then, last week, United's injury time winner was the result of a hugely contentious handball decision as the interpretation of that rule becomes stricter.

While playing to win penalties is close to impossible, Schalke may find that getting the ball in the box early and taking a few more speculative efforts when surrounded by opponents could work in their favor. It may be a long shot but, as we've seen in the past week, sometimes they pay off.