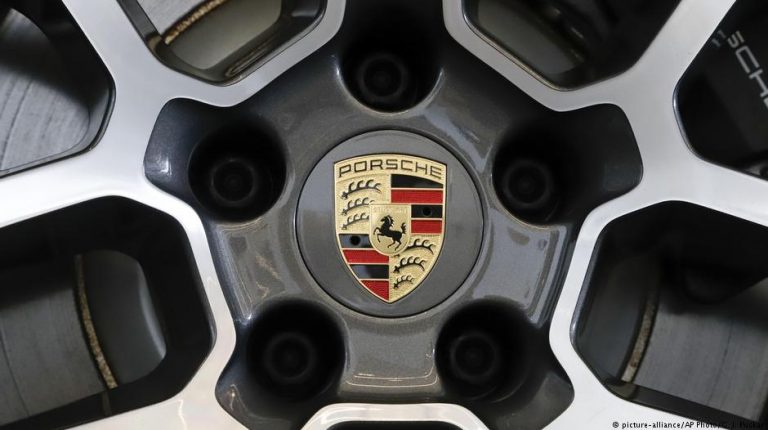 Porsche fans in the United Kingdom might have to spend more to buy a car from the German company if a no-deal Brexit happens. London and Brussels have until March 29 to strike an agreement.Porsche has warned British customers that a chaotic Brexit could hike the price of cars purchased from the German manufacturer by up to 10 percent.

In a letter seen by Bloomberg and British media outlets, Porsche said customers who paid deposits after January 17 might have to pay the additional duty if there is no UK-EU Brexit deal and their car arrives in the United Kingdom after March 29.

The duty would help cover import costs that could arise if the United Kingdom introduces World Trade Organization (WTO) tariffs on EU goods, the Volkswagen-owned company said. It added that customers could adjust their purchases if needed.

Porsche manufactures all of its cars outside the United Kingdom, so any duty would affect all of its car sales there in the event of a no-deal Brexit.

Specter of no deal

The company's warning to customers has come amid increasing concerns that London and Brussels could fail to strike a Brexit deal before the end of March.

British Prime Minister Theresa May is under pressure from lawmakers in London to scrap a provision in a draft deal that would keep the United Kingdom tied to EU rules until both sides agree on a replacement trade deal.

European leaders say they are unwilling to reconsider any part of the draft deal.

Porsche opens all new service centre and releases the 2020 Cayenne

Porsche Egypt gears up for Egypt’s 1st Porsche facility that combines a showroom and service centre under one roof: Ibrahim Ghattas