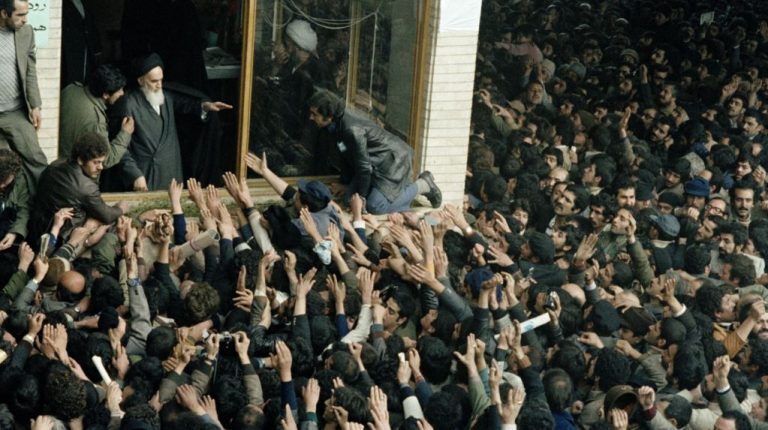 Forty years ago, the Shiite opposition leader, Ayatollah Ruhollah Khomeini, fronted an Islamic Revolution which toppled the US-backed Iran’s Shah Mohammad Reza Pahlavi, a major political shift which replaced Tehran’s position from a US alley to a resentful enemy.

The Islamic revolution replaced the authoritarian monarchy by a repressive theocracy which imposed strict Islamic rules on people’s daily lives, especially women, by forcing them to put headscarves. However, in recent years, many Iranian women rebelled against the laws and started wearing their headscarves more loosely. Over several months during 1978-1979, crowds of Iranians from diverse segments, including intellectuals, liberals, and Islamists swept the streets while calling for freedom, social justice, and independence as well as an end to the US-backed Shah’s long dictatorship. Demonstrators repeated a memorial slogan which stated “Down with America.”

On the revolution’s 40th anniversary on Friday, the supreme Iranian leader, Ali Khamenei, renewed the revolution’s slogan, maintaining that “Down with America” means a huge opposition to the US President Donald Trump, as long as he continues his hostile policies against Tehran.

“Down with America means death to Trump, to the National Security Adviser, John Bolton, and to the Secretary of State, Mike Pompeo. It means death to American rulers,” Khamenei said.

Although the revolution carried hopes of freedom as well as political and economic changes which could bring a better life for all people, Iranians feel mournful as the revolution did not achieve their demands, instead it disappointed them. Therefore, over the last four decades, Iran witnessed three major unrests.

Last year, hundreds or maybe thousands of protesters swept the streets of the capital Tehran and other cities against the weak economy and the harsh Islamic rules. They shouted jarring slogans against Islamic leaders and their policies. At least 25 people were killed in the unrest, and thousands were arrested.

Earlier in December 2017, a wave of protests against headscarf laws took place. Dozens were arrested and a woman who took off her headscarf in public was sentenced for two years in prison. 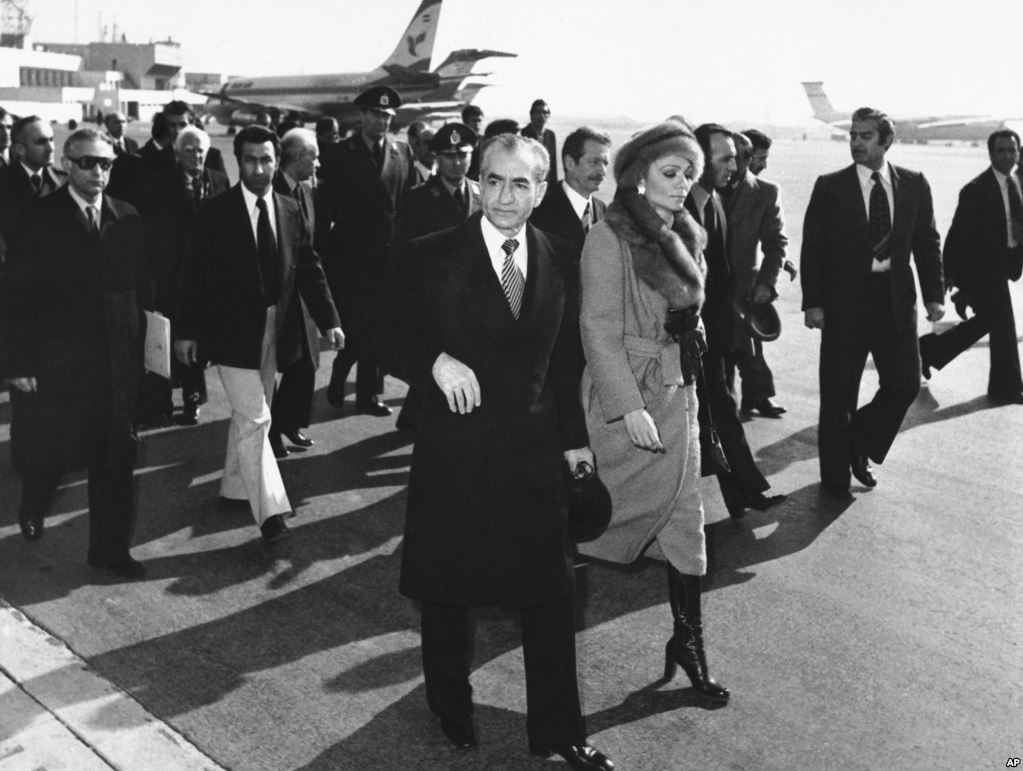 Meanwhile, in 2009, the streets of the Iranian capital were crowded in one of the largest demonstrations in the country over a rise in prices and corruption. Demonstrators also accused the hard-line President Mahmoud Ahmadinejad of rigging the presidential elections.

In response, the Iranian authorities closed universities in Tehran, blocked the transmissions of cell phones, and text-messaging services, as well as the access to Facebook and some other websites. Additionally, the Revolutionary Guard opened fire against the demonstrators to kill dozens of individuals, and arrested several others.

Earlier in 1999, students at Tehran University protested against closing down the newspaper Salam. More than 1,000 students were arrested at that time.

“Iran has been devastated by 40 years of the Islamic Republic’s rule. Its environment has been severely damaged and its economy is near collapse,” Alireza Nader, founder and CEO of the New Iran research group, told the Daily News Egypt (DNE). “No wonder that more and more Iranians are demanding a complete overthrow of the regime,” he added.

Nader pointed out that “the Islamic Republic has also been horrid for the people of the Middle East, especially Syria, but also for Lebanon, Iraq, and Palestine.”

“Iran will only live in peace with its neighbours, the US, and the entire world if it has a democratic and a secular government,” Nader noted.

Meanwhile, Nader maintained, “the best way for the international community to achieve this is through strong support for the Iranian people’s right to self-determination.”

Other analysts believe that Iran has changed a lot over the last four decades, as its foreign policy is no longer about instigating revolutions. “The Islamic Republic is tired but surviving. It is not near collapse like many US policymakers claim, rather it is a very different Islamic Republic than the one present 40 years ago,” Dina Esfandiary, an international security fellow at the Belfer Centre for Science and International Affairs at the John F Kennedy School, Harvard University told DNE.

Esfandiary added, “Tehran’s foreign policy is no longer about exporting the revolution, but rather a relatively pragmatic one designed to ensure its security and the safety of its borders.”

In 1980, a year after the toppling of the Iran Shah, the US cut its ties with Tehran, seized its assets, and banned most of the trade with the Islamic state. Four years later, Washington listed Tehran as a state sponsor of terrorism, as well as imposed oil and trade sanctions against Tehran over its alleged sponsorship of terrorism in the Middle East region.

Ahead of the US invasion to Iraq, President George Bush cited Iran, Iraq, and North Korea as “axis of evil”, warning of the expansion of missiles which are being developed in the three countries.

In 2010, the UN Security Council imposed a fourth round of sanctions against Iran over its nuclear programme.

Trump and the Iran nuclear deal

Washington and its allies accuse Tehran of enhancing its missile capabilities and its military presence in the Middle East, as well as of fuelling the sectarian conflicts in the region.

The US keeps persuading the UN to hold Tehran accountable for its interference in the wars in Yemen and Syria. However, Iran kept insisting that its weaponry is merely for defensive purposes.

In May 2018, the US President Donald Trump unsurprisingly abandoned the Iran nuclear deal which was reached in the era of his predecessor Barack Obama, announcing that economic sanctions against Tehran will be reinstated.

The 2015 landmark agreement, titled the Joint Comprehensive Plan of Action, was reached by Iran, China, the US, the UK, France, Russia, and Germany, to mark the end of the 12-year deadlock over Tehran’s nuclear programme. 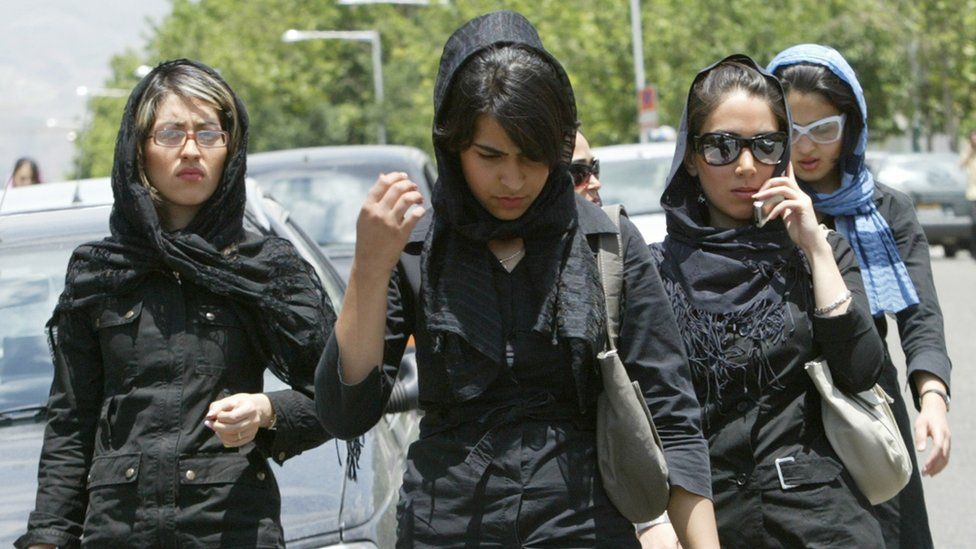 Iran’s influence in the Middle East

Iran’s power spreads to several parts in the world. Over the past four decades, Iran spread its influence in the Middle East, supporting the surviving of the regime of Bashar al-Assad in Syria, the Houthi rebels in Yemen, and Hezbollah in Lebanon. As for Iraq, Tehran’s policies were largely successful, giving it unprecedented influence there.

In Syria, Iran has deployed hundreds of troops in order to support Al-Assad’s activities in the civil war which erupted nearly seven years ago. Iran’s military presence in Syria alarmed Israel the most, leading to dozens of Israeli strikes against suspected Iranian and Hezbollah weapons’ depots.

Such strikes, rarely confirmed by Israel, seek to prevent any strategic Iranian military presence across Syria, and in order to keep their forces away from the Golan Heights Armistice border. 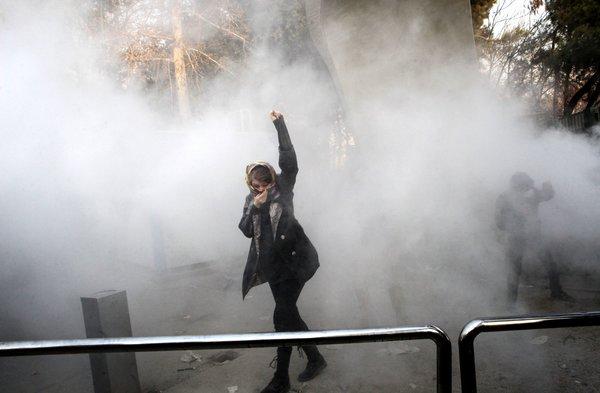 In Yemen, Iran’s influence is growing as it is supporting the Houthi rebels who took control of the country at the start of 2015 by ousting the Yemeni President Abd-Rabbu Mansour Hadi.

In response, Saudi Arabia formed a coalition, which is backed by the US and the UK, and several other countries including the UAE, Egypt, and Sudan with the aim of eliminating the Iranian influence in the region, as well as to restore Yemen’s internationally recognised government to power.

Furthermore, Iran is believed to provide the Houthis with arms and other technical assistance. In 2018, the UN announced in a report that two launch units for anti-tank guided missiles which were found in Yemen, appeared to be built in Iran during 2016 and 2017.

China willing to share its reform experience, openness with Egypt

Defence Minister meets head of US Central Command in Cairo

Germany bans landing of Iranian airline on its territory