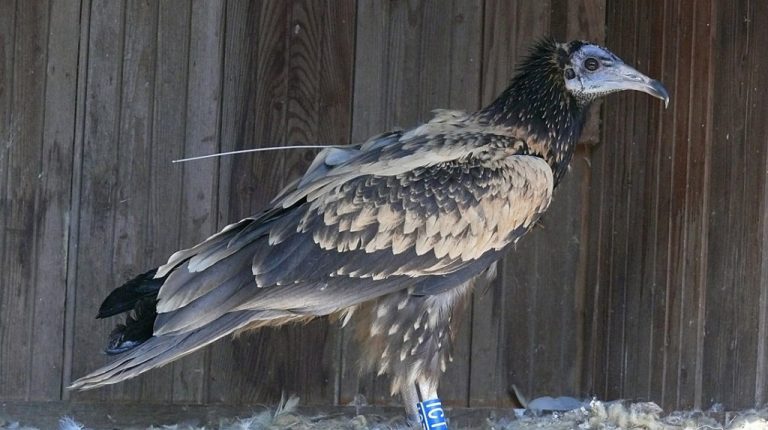 A biology team from the University of Barcelona (UB) has marked a number of Egyptian vultures with GPS emitters in order to conduct tracking of their movements, their use of space, and the migration process. Egyptian vultures are usually found in Spain between March and September as they pass by the country in their transcontinental journey.

The Egyptian vulture is an endangered migratory species, yet there is not a lot of information on its transcontinental journeys, its mortality, the number of losses and their causes during these journeys.

“This is the first time that GPS-GSM emitters were used on this species, which is endangered worldwide, with the purpose of finding more about their transcontinental movements,” says lecturer Joan Real, head of the Conservation Biology team at the UB.

The team was able to track the six Egyptian vultures with GPS technology. Within few weeks, the vultures generated an enormous amount of data regarding the feeding areas, phenology, movements, and the causes of mortality. As with many other raptors, death was linked to human activity, which is a big problem for the preservation of the species.

The venom used to illegally hunt carnivorous animals is one of the main threats to these raptors. The data show that things such as electrocution from electric lines cause deaths, and are probably a threat to the viability of the Egyptian vulture populations.

The obtained data is important and is of great interest to address the challenges of the conservation of this endangered species. Furthermore, within the framework of the project which is active till 2020, the researchers intend to tag more Egyptian vultures with GPS emitters in order to continue studying how they live and obtain resources, and therefore accumulate more scientific data on their survival and movements.

Baghdad's trade in wildlife anything but tame