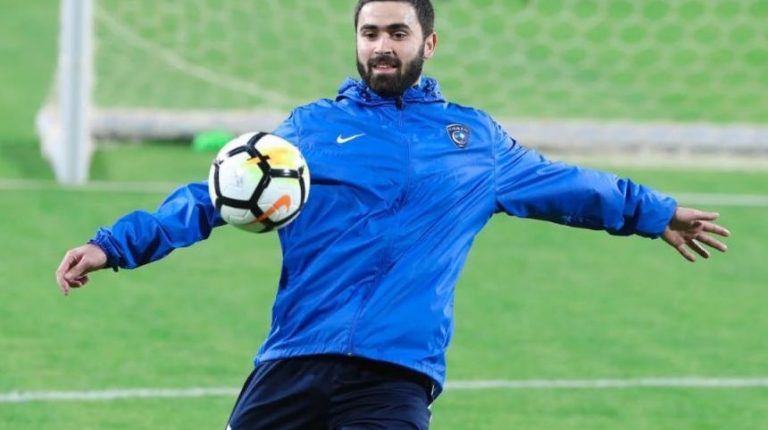 The management of Pyramids Club announced including Syrian player Omar Kharbin who comes from Saudi Al-Hilal for six months during the current period of winter transfers.

Kharbin has recently been part of his country’s national team in the Asian Nations Cup currently held in the Emirates. It has seen the exit of the Syrian team from the group after collecting only one point. In the following lines, we review the most prominent football stops of Kharbin:

The 25-year-old player began his football career with Syrian ‘Al-Wahda’, then he moved to Iraqi Air Force temporarily.

Early in the 2014-2015 season, Kharbin was transferred to the lines of Iraqi ‘Al-Mina’a’” team for one season, then he moved to the Emirati league through Al Dhafra club.

During the winter transfer period of season 2016/18, the Syrian player moved to Saudi Al-Hilal for six months before the Saudi Club entirely reserved his services in early 2017/18 season.

Kharbin participated in 47 matches wearing the shirt of Al-Hilal. He scored 45 goals created 14 others.

The former Al-Hilal player was one of the five most expensive players in his team, according to surveys made by Saudi newspapers before the Super Saudi match.

Mid-April, Saudi Al-Hilal met with its counterpart, Al-Fateh, in the closing of the rounds of the Saudi league for professionals, in season 2017/18. Kharbin scored a goal from a direct free-kick.

The best in Asia

In that season, Kharbin managed to lead his team to reach the final of the AFC Champions League 2017, after he scored 10 goals against Japanese Urawa Red Diamonds.

2017 was one of the best years in the history of the Syrian player, as he took his team to the finals of the Asian Cup and received the title of the best player in the continent.

He has become a historical scorer of the Saudi team in only one edition of the AFC Champions League with 10 points, similar to Nasser El Shamrany in 2014.

The current Pyramids player has become the first Syrian player to score in the AFC Champions League finale. He also topped the list of the scorers of the league and held the title.

Winter transfer window: some patch up their squads, others add depth

Wadi Degla to deliver Tijan Maadi project within a year