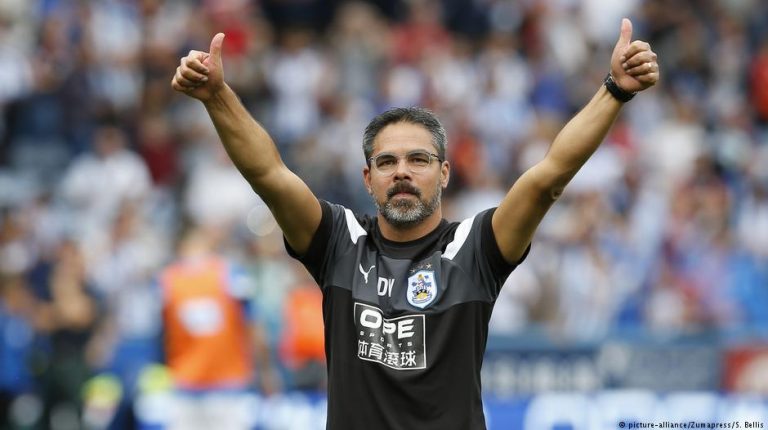 The Premier League side Huddersfield Town have parted ways with German coach David Wagner. Despite the Terriers’ languishing at the bottom of the division, his time at the club has enhanced his professional reputation. "We now feel the time is right to part ways."

We've heard it all before: Honeymoon period abruptly ends for a recently promoted Premier League side. The coach is always the first casualty, another scalp for the world's most cut-throat, win-at-all-costs division. Once the dogged defending and late winners of seasons past find themselves replaced with goalless draws and winless streaks, it's never long before the infamous "parting of ways" statement makes its way to the newswires.

We really have read it all before. But, in the case of Huddersfield Town and their recently departed coach, David Wagner, things feel different. The wins have dried up, the goals have been painfully absent all season, the club are rooted to the bottom of the table and boast the fewest points, the fewest wins, fewest goals and most losses in the division. Yet, for once, the "parting of ways" statement appears to be genuinely tinged with sadness.

Despite their tribulations over the past calendar year — Huddersfield would have been relegated last season had their pre-Christmas form not been so good — a day after the move was announced, Terriers Chairman Dean Hoyle was adamant that the German had not been fired.

"I had no intention of sacking David this season," Hoyle said on Tuesday. "David — being the great man he is — came to us and made it clear that he needs a break from the rigors of football management."

Not only, it seems, did Huddersfield choose not to sack their beleaguered coach — a man overseeing the club's heart-wrenching return to the Championship — they actually talked him out of walking away earlier in the season.

"We discussed making a change immediately, but he made it clear that he would give his all for the rest of this season before departing in the summer, if we preferred," Hoyle said. "We all felt that David staying at the club until the end of the season was best, but we've kept discussions open and we all now feel that the time is right to part ways."

Wagner's achievements since arriving at the club in 2015 evidently bought him a lot of patience with the club’s hierarchy. He took charge of an average Championship side and moulded them into something of a cut-price Borussia Dortmund, the club he'd previously worked at for five years alongside Jürgen Klopp. He had the Terriers playing high-pressing, high energy football, and instilled in them a fierce sense of comradery.

After his first season in charge, he took the squad on a preseason bonding trip to Sweden, where, amusingly for divisional rivals, they had to survive using only basic equipment for a few days. That expedition is what he believes helped to instil a sense of unity that, when the chips were down, made up for a lack of quality.

Guiding the club to the Premier League in the 2016-17 season – after a 45-year absence from England's top flight –wasn't nearly his greatest achievement. The champagne-soaked celebrations, following a nail-biting penalty shootout win over Reading at Wembley Stadium, were small fry compared to what came next: keeping largely the same group of limited players in the Premier League for a second season. It was done with a game to spare, too, thanks to draws against Chelsea and Spurs, when it looked like time had all but run out.

A bigger club in the future?

Wagner is expected to take a break from coaching for the next couple of months but he shouldn't be short of job offers when he decides to return to football. Despite Huddersfield's lowly league position, his stock has undoubtedly risen during his time in Yorkshire and he must surely feel ready for a shot at a bigger club, either in the Premier League or back home in Germany.

Huddersfield, meanwhile, may yet survive the drop. Whoever the club hire now will have his hands full – The Terriers are seven points from safety with a daunting run of fixtures to contend with, including Manchester City, Chelsea and Arsenal in their next four games – but miracles can happen. Fans will continue to believe for as long as there's a mathematical chance.

One gets the sense, though, that if whoever comes in achieves the impossible, it would still be David Wagner’s name sung loudest in the John Smith's Stadium on the final day of the season. The man who made it all possible to begin with.