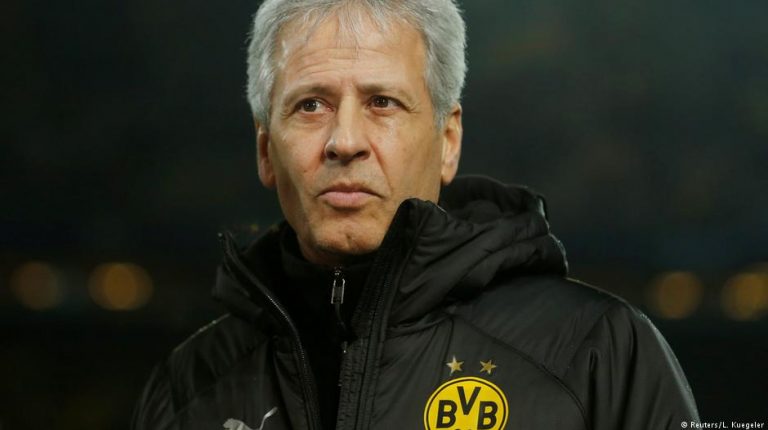 It’s first against second in the Bundesliga on Matchday 17 as Borussia Mönchengladbach look to cut Dortmund’s lead at the top to just three points. Lucien Favre is back to face the club he spent four years coaching."Gladbach are a very good team, they are compact and they get forward quickly. They’re dangerous," said Dortmund head coach Lucien Favre ahead of this unlikely top-of-the-table showdown. He knows a thing or two about Friday night's opposition, too, having coached them for 188 Bundesliga matches between 2011 and 2015.

After stumbling to a first defeat of the Bundesliga season on Tuesday, Dortmund will be hoping to restore their nine-point lead at the top. A chink in the gleaming black and yellow armor was brutally exposed against Fortuna Düsseldorf in midweek and Gladbach boss Dieter Hecking will have noticed the ease with which Düsseldorf took Dortmund apart on the break.

If the hosts play as open as that again on Friday their lead at the top may well be reduced to just three points. Gladbach don’t find themselves leading the chasing pack for no reason. The Foals have been arguably the Bundesliga’s biggest surprise package this season, boasting the Bundesliga’s second-best tallies for goals for and against.

Key to the free-scoring success this season has been the glittering form of Alassane Plea and Thorgan Hazard. The former has been a revelation since Gladbach broke their transfer record to sign him in the close season, scoring nine goals and leading the line with a terrifying blend of energy, aggression and pace.

Hazard, meanwhile, has spent the first half of the season reminding everyone why he's constantly linked with a move to one of Europe’s biggest clubs. He's also scored nine goals, meaning together the pair have plundered more than five Bundesliga clubs have managed in total.

With the two in such devastating form, Dortmund might simply have to try to outscore the visitors. It might be wise in that case, for Favre to recall Jadon Sancho and Paco Alcacer to the starting lineup. The duo's introduction against Düsseldorf finally fired Dortmund into life on Tuesday, but it was too late in the game to have any impact on the result.

That Alcacer, the league's joint top scorer, can't get a spot in Favre's favoured XI has much to do with the scintillating form of captain Marco Reus. Before this season, the 29-year old had enjoyed arguably his best years at Gladbach under Favre. He's been the league's outstanding player this term, however, and will be desperate to keep Dortmund's title hopes burning at the expense of his old club.

With both sides missing key defenders – Abdou Diallo and Manuel Akanji are sidelined for Dortmund, while Nico Elvedi is expected to miss out for Gladbach – both coaches may have to go for the throat.

It’s all to play for at Signal Iduna Park.

– Favre's not the only coach returning to his old stomping ground this weekend, as Niko Kovac heads back to Frankfurt for the first time in the Bundesliga on Saturday.

The second top-six clash of the matchday promises to be a goal-fest. There's been 14 goals in the past three meetings between Frankfurt and Bayern, with the latter's 5-0 win in the DFL Supercup final coming just three months after Kovac's Frankfurt lifted the German Cup in his final game in charge there before switching dugouts.

Bayern will head into the match knowing exactly how three points will affect them in the standings. Should Dortmund lose, Germany’s record champions could move within three points of the league leaders. Should they triumph, Bayern could merely leapfrog Gladbach into second place.

– Werder Bremen find themselves at the center of a spying scandal before their trip to RB Leipzig on Saturday. The club have been accused of using a drone to watch a Hoffenheim training session from the skies before the clubs met this week.

The incident is at the center of a police investigation. It is illegal in Germany to fly a drone above a group of people without a permit. Bremen's sporting director, Frank Baumann, shrugged off the allegations.

"Creative methods from analysts are normal, so we are very relaxed," he said.

– Stuttgart welcome Schalke to the southwest for what is beginning to look like a relegation six-pointer. Both sides are hoping to get back to winning ways after disappointing midweek results. Stuttgart's 2-0 loss to Wolfsburg leaves them in 16th place, while last season's runners-up Schalke lost 2-1 to Leverkusen and continue to languish in the bottom half of the table. The clock might be ticking for coach Domenico Tedesco.