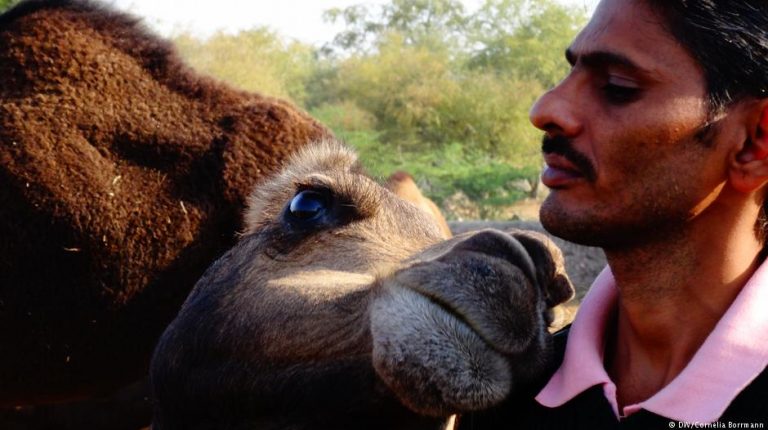 The humble camel’s hump can easily overshadow the animal’s other characteristics — such as the health benefits of its milk. Efforts are underway to change that, and keep an old tradition alive in the process.Project goal: Keeping camels in Rajasthan and the creation of rural sources of income
Implementation: Establishment of a camel value chain by training camel shepherds in hygienic milk production, government advocacy for supporting framework conditions (pasture rights) and raising awareness about the health benefits of camel milk
Project size: € 100,000 ($113,750) over three years
Financial support: Misereor and private supporters, including the startup Oasis
Project partner: League for Pastoral Peoples and Endogenous Livestock Development (LPP) and Camel Charisma

For centuries, the Raika community has lived in India's desert state of Rajasthan with and from camels. But as traditional grazing land is given over to agriculture, the herders' way of life has come under threat, and a growing number of young people are left with little choice but to move to urban areas in search of jobs. An NGO is working with the Raika to establish a system that enables them to market wool and milk products derived from their animals.

A film by Cornelia Borrmann