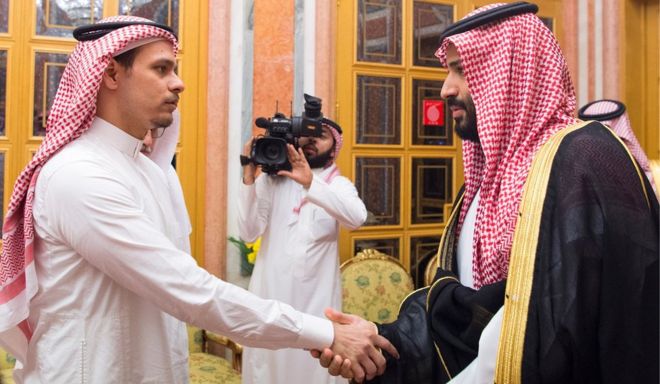 A strong support for Saudi Arabia has been expressed by Egypt’s columnists since the Jamal Khashoggi case broke out. In Sunday’s papers, a few more op-eds praised the kingdom and addressed the case. Additionally, writers picked some local affairs to analyse.

In state-owned Al-Ahram newspaper, Osama Al-Ghazaly Harb wrote that the relationship between Egypt and Saudi Arabia was beyond friendship, as it is a brotherhood. Harb recounted Saudi support towards Egypt during wars against Israel and how the kingdom embraced Egyptian workers and culture. As so, he praised the kingdom’s handling of the Khashoggi case after facing international backlash from media, governments and human rights NGOs, writing that the interests of the kingdom and its people “were above any individual.”

On Saudi Arabia, Abdul Moneim Saeed in the privately-owned Al-Masry Al-Youm praised what he referred to as reforms in the kingdom including minimising the power of religious ruling, economic reforms amid the kingdom’s “ambitious 2030 vision.” He argued that the reformist must stick to his plan regardless of “outside distraction” but also from internal disruption – opinionating that the Khashoggi murder should have been avoided. Saeed concluded that reforms include substituting dialogue for bloodshed, especially with unarmed writers and intellectuals.

Also, on the Khashoggi case, editor-in-chief of the private Al-Shourouk newspaper Emad El-Din Hussein looked at how it illustrated the power of new media, and social media, in making it impossible for a government to block the other version of the story. He argued that in the past, governments could have easily killed the case and that even the most powerful leaders of the world cannot stop these same media from exposing their personal lives, and their money cannot prevent a penniless blogger from publishing a story about their greatest secrets. Hussein concluded that governments must realise the power of those new tools and adapt.

Lastly, Al-Masry Al-Youm’s Mohamed Amin slammed different government institutions and ministries for failing to control market prices as public discontent on prices of vegetables increased. Amin’s opinion was that there should be more sustainable solutions to the problem, rather than having them sold at police or military outlets for half the price.

‘Heinous’ murder of Khashoggi will not go unpunished

Opinion: Why the Saudi business conference should be left to wither in the sun