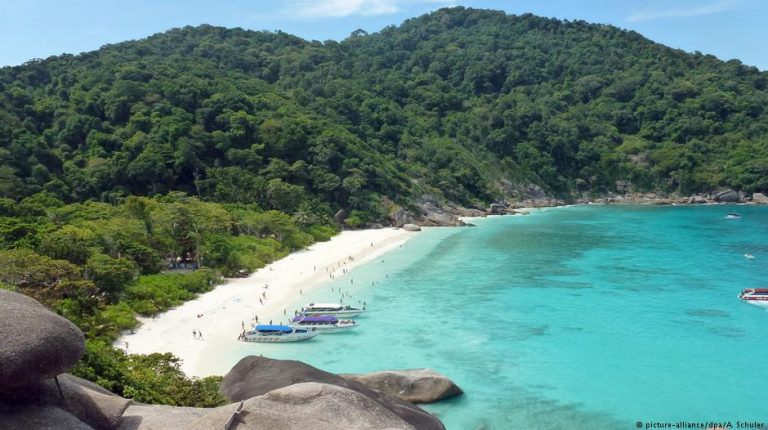 Overnight tourist stays on Thailand’s popular Similan islands were banned starting Tuesday, as the government took another step toward tackling environmental problems caused by mass tourism.The ban covers all overnight stays except for those operated by certain licensed deep-sea diving tour companies, according to a Royal Gazette published Monday. Day trips will still be permitted.

The Similan islands, located 80 kilometres north-west of Phuket, are one of the best-known island groups in the Andaman Sea. The area's renowned corals and marine life have suffered in recent years as tourism to the islands increased. The ban follows the closure in June of Maya Bay, popularized by the 2000 Hollywood movie "The Beach." In late September, the Department of National Parks, Wildlife and Plant Conservation resolved to indefinitely close Maya Bay until damaged corals in the area are fully rehabilitated.

The pristine beach on Koh Phi Phi island was formerly visited by more than 5,000 tourists each day – twice the actual capacity the beach could accommodate. The initial plan to close Maya Bay for only four months was scrapped as damages remained extensive, the department said.

Thailand's booming tourism industry, which contributes to more than 20 percent of the country's gross domestic product, has seen a constant rise in tourist numbers, from 32 million visitors in 2016 to 35 million in 2017, and an estimated 38 million this year.