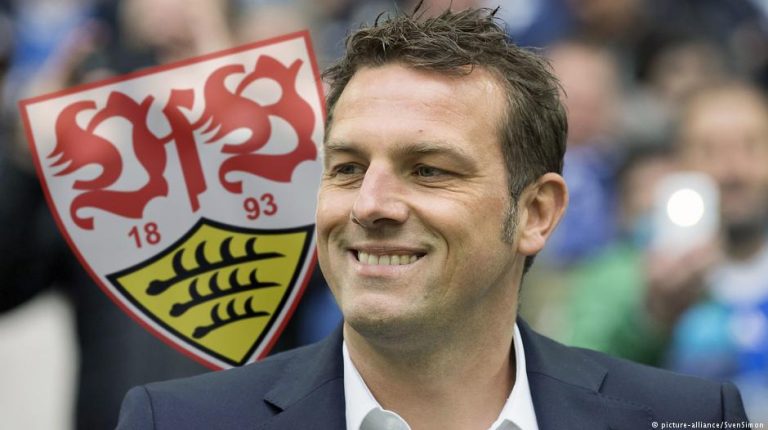 Just two days after the dismissal of Tayfun Korkut, the Bundesliga’s bottom club have a new coach. Stuttgart have announced that former Schalke and Augsburg boss Markus Weinzierl is the new man in charge.Weinzierl, 43, has been out of work since being sacked by Schalke after his sole season in charge of the Royal Blues ended in a disappointing 10th-placed finish.

That came after an impressive spell at Augsburg, where the former Jahn Regensburg boss recorded finishes of 15th, eighth, fifth and 12th and led his side to a first ever win against Bayern Munich and a debut European campaign. Augsburg progressed through the Europa League group stage before losing 1-0 on aggregate to Premier League giants Liverpool.

"I'm really looking forward to the task.," Weinzierl told Stuttgart's official website. "VfB is a big club that is currently in a difficult sporting situation. Nevertheless, I am convinced of the potential of the team and the club. I've been watching the Bundesliga intensively over the past few months and am eager to start working with my new team. "

Sporting director Michael Reschke was delighted to have got his man: "With Markus Weinzierl we have signed a coach who is hungry for success, who knows the Bundesliga well and knows what is important in our situation," he said.

"We are convinced that we have got the right coach for our VfB with Markus Weinzierl. He will develop our team. "

Stuttgart's decision to change course comes after a miserable start to the 2018-19 campaign that has seen them pick up just one win, against 10-man Werder Bremen, and score just six goals in their seven league games.

Tayfun Korkut only took charge in January and initially impressed, leading a relegation-threatened team to seventh place before extending his contract in June and leaving win a win percentage of 45.

Weinzierl will become the Swabians' eleventh coach in the last five years and welcomes unbeaten league leaders Borussia Dortmund in his first match in charge on October 20, after the international break.