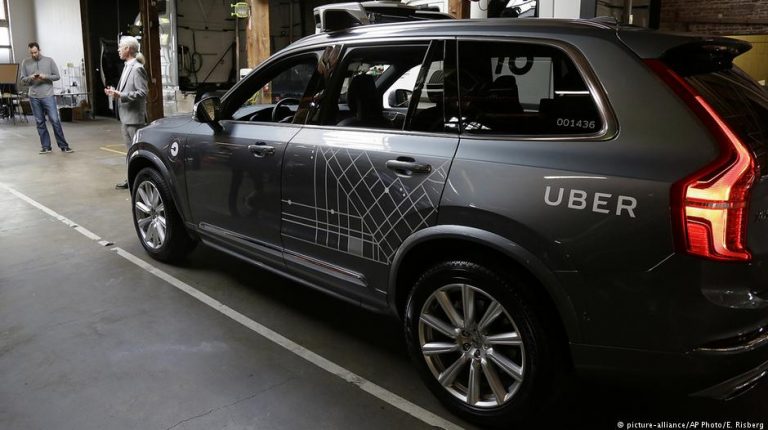 Japanese carmaker Toyota has said it’s pumping a half-billion dollars into US ride-hailing company Uber to develop self-driving vehicles. The investment will help both sides compete with market leader Google’s Waymo.The news about Toyota’s $500 million (€427 million) investment in Uber came after the US rail-hiding service saw its efforts to go it alone derailed by a fatal collision and allegations of intellectual property theft.

Uber had turned to Toyota for help in autonomous vehicles five month after one of its self-driving cars ran over and killed a pedestrian crossing a dark street in Tempe, Arizona.

Uber’s expansion into self-driving technology suffered another setback when market leader Waymo, a Google spin-off, accused it of stealing its technology, with the ride-hailing company forced to pay $245 million to settle the case.

Under the Toyota investment deal, the two partners will integrate their self-driving technologies into purpose-built vehicles and begin piloting the autonomous driving program on the US company’s ride-sharing network in 2021.

The cars could eventually be owned and used by third-party fleet operators.

“This agreement marks an important milestone in our transformation to a mobility company as we help provide a path for safe and secure expansion of mobility services like ridesharing,” Toyota Executive Vice President Shigeki Tomoyama said in a statement.

Toyota’s investment came after Japan’s SoftBank acquired a 15 percent stake in Uber for $7.7 billion, becoming the US firm’s top shareholder.

This week’s deal will help both Toyota and Uber spread out the cost of designing and building the complex systems, which use computers, cameras plus radar and laser sensors to guide the self-driving vehicles.

Assessing the joint project, Navigant Research analyst Sam Abuelsamid said that after Uber’s fatal car crash “people will have a lot more trust in Toyota to [develop self-driving cars] the right way, to take due care and make sure everything is properly tested and evaluated.”

Avigan yet to arrive, we can judge before trying it: Health Official