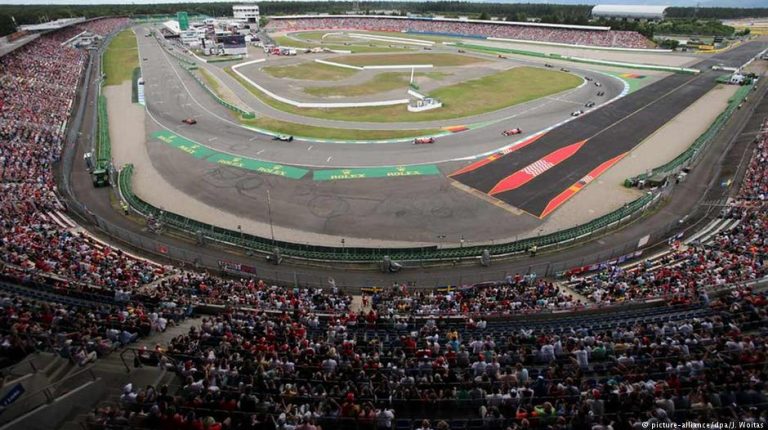 There’s every chance that this weekend’s German Grand Prix could be the last for some time. The Nürburgring fell into financial disarray years ago, while Hockenheim can’t afford to make a loss on the race every year.For local lad Sebastian Vettel, Hockenheim is “always something really special.” Toto Wolff is excited about the “return home” for his Mercedes team. And the stands at Hockenheim this coming weekend are set to be fuller than in any year since 2006, Michael Schumacher’s last win on home turf in what would become the last season of his “first career” in F1.

So a degree of F1 euphoria is returning to Germany, along with the race. But it’s tainted, at best. Like last year, and in 2015, there will be no German GP in 2019 — and the prospects of returning to Hockenheim in 2020 look bleak to say the least.

“It’s frustrating to see that we have not found a solution for a country with such a great motor racing pedigree — and that apparently nobody is prepared to support the race track and to take the financial risk off their shoulders,” said Sean Bratches, Formula 1’s head of marketing, in an interview with specialist magazine Auto Bild Motorsport recently. Bratches said F1 was “of course” working on a solution, but that this would primarily require “flexibility” on the race track’s side.

Pay up front, recoup in ticket sales (only)

The reason is ultimately simple. Germany’s major circuits can’t pay the eight-figure fees to host a race — Germany is thought to pay in the region of $20 million (€17.2 million) in so-called “sanctioning fees,” which can stretch to as high as $50 million elsewhere. And unlike some countries with a clear desire for the positive PR of hosting an F1 race — say Bahrain, China, Russia, Abu Dhabi, or Malaysia — there’s no public-sector appetite to pick up the tab.

The idea is that tracks recoup the fees via ticket sales. Or in cases where money is not the issue, ticket sales are merely a way to earn something back for the backers. Pretty much all of a circuit’s other typical race-weekend revenue streams — like track-side advertising and revenues from the VIP guests, even proceeds from many of the merchandise stands — go directly to F1.

But despite an unusual appetite this season as Sebastian Vettel challenges the Mercedes drivers for the title, and as Max Verstappen’s growing Dutch and Belgian fan-base’s plan to lay siege to the circuit this weekend, the demand in Germany has still sunk since the glory days of Michael Schumacher. During that period, Germany went from hosting no F1 races at all to briefly hosting two every year.

In 2015 and 2017, the recently bankrupted Nürburgring had a valid contract to host the race, but no way to pay the sanctioning fee. Never a charity, neither under Liberty Media nor under previous owner Bernie Ecclestone, who was in charge at the time and set up the current business model, F1’s response was simple: No race can take place. In both cases, Hockenheim declined the offer of taking over duties as host.

To split the costs — in recent years they have expected to make a loss on an F1 weekend — the Nürburgring and Hockenheim had been sharing a German GP spot, until the Nürburgring could no longer foot the bill at all. Hockenheim, meanwhile, argues it would risk the same fate if it tried to take over the duties on an annual basis.

The Hockenheimring’s chairman, Georg Seiler, is hoping to entice the circuit’s partner and sponsor, Mercedes, to contribute towards a more regular F1 race in Germany.

“It can’t be, that we create the spectacle and then foot the bill for others,” Seiler told German sports news agency SID.

Mercedes is a major partner and supporter of Hockenheim, but the Stuttgart carmaking giant — already bankrolling a top team and selling engines to almost half the grid — is reportedly reluctant about reaching further into its pockets to subsidize its home race as well. Appeals for it do so are not new.

‘Unique atmosphere in the stadium’

Hockenheim is certainly a welcome addition to the F1 calendar. The circuit is best known for its rowdy, passionate fans who typically turn the weekend into a three-day rave in the campsites sandwiched between the circuit and the autobahn.

Admittedly, it’s no longer considered a classic track on the calendar, especially not since being redesigned by Hermann Tilke in 2002. This cut out the long straights and sudden chicanes in the forests, which used to be the circuit’s hallmark. Nevertheless, it is considered a circuit that offers several good overtaking opportunities, and as such can deliver exciting and close racing.

Tilke, accused by some of neutering the original Hockenheim, still thinks it to be “something quite special,” calling the venue “unique, with its track layout and stadium atmosphere.”

Circuits like Hockenheim also don’t benefit from a distinct current street circuit fad in F1 — Baku is new on the calendar; London, Miami, Hanoi, Copenhagen and many more have been floated in recent years. But truth be told, this is less about the bright city lights, and more about trying to find a way to race somewhere without first pumping hundreds of millions into a circuit.

Tilke, too, believes that street races will never replace classic circuits: “There is a justification for more street circuits, but F1 will always include totally different types of tracks.”

The question for relatively new owners Liberty Media is whether they can find a financial model that allows classic circuits in Europe, which typically struggle to secure state support, to host an F1 race without making a seven- or eight-figure loss in the process. Even this weekend, with its best ticket sales since 2006 already in the bag, Hockenheim will be immensely lucky to break even.