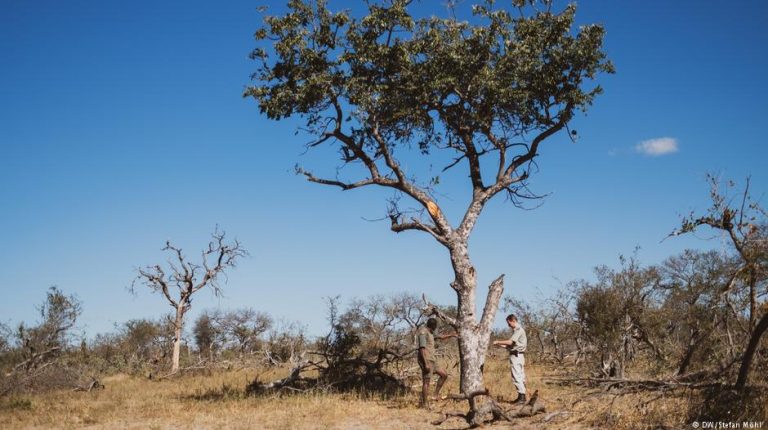 Elephant numbers in South Africa’s Kruger National Park are rising — which is good news. But the prominent pachyderms are destroying habitat for other animals. Can the tiny bee provide a last line of defense?Project size: 100 beehives in total — 50 are inhabited, the other 50 are empty to act as a control. The test area including all the hives and trees measures about 30 hectars

Elephant population: Kruger National Park is home to about 17,000 elephants. The population increases by nearly 600 animals every year

Elephants are terrified of bee stings. As soon as they hear the buzz of the tiny insects, the huge pachyderms will turn on their heels. That gave conservationist Robin Cook an idea.

He’s been housing bees in marula trees in South Africa’s Kruger National Park for a year. The elephants eat the trees clean and uproot them. And since elephant numbers have risen steadily in the past few years, more and more trees have been falling victim to a flattening — and birds such as vultures are losing nesting space.

Cook’s plan works on many levels: The trees stay upright, the number of bees is increasing, and the elephants are no longer a problem. People living in the park are also benefiting — they can harvest and sell honey from the beehives.

A film by Stefan Möhl