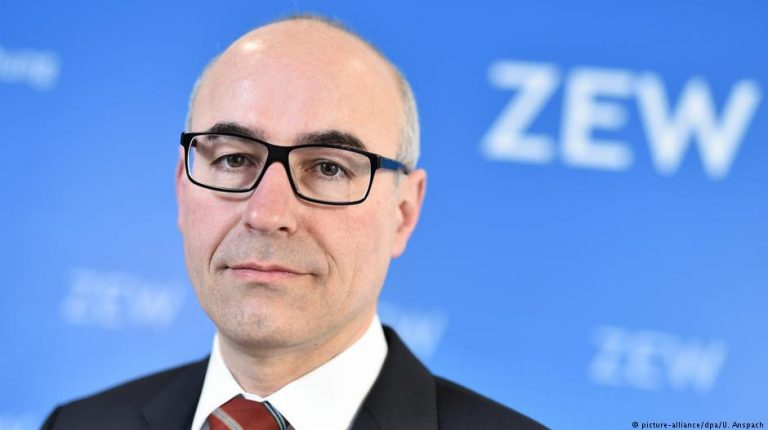 The mood among German investors took a deeper-than-expected slide in June, weighed down by concerns about the impact of an escalation in a trade dispute with the United States and political instability in Italy.The Center for Economic Research (ZEW) released its sentiment indicator for June on Tuesday, showing investors morale fell to minus 16.1 points from minus 8.2 in May. This was a steeper drop than the consensus forecast reading of -14.0, and the lowest since 2012.

A separate gauge measuring investors’ assessment of the German economy’s current conditions edged down to 80.6 from 87.4 last month.

“The latest escalation in the trade dispute with the United States and fears about policies by the new Italian government that could destabilize the financial system are leaving their mark on the outlook for Germany,” ZEW president Achim Wambach said in a statement.

Read more: Italy and the eurozone: the cloud returns

In addition to the geopolitical stress, official data have pointed to weakness in Germany’s large manufacturing sector that began in the first three months of this year cascading into the second quarter.

“German industry has been reporting worse than expected figures for exports, production and incoming orders for April. As a result, the economic outlook for the next six months has worsened considerably,” said Wambach.