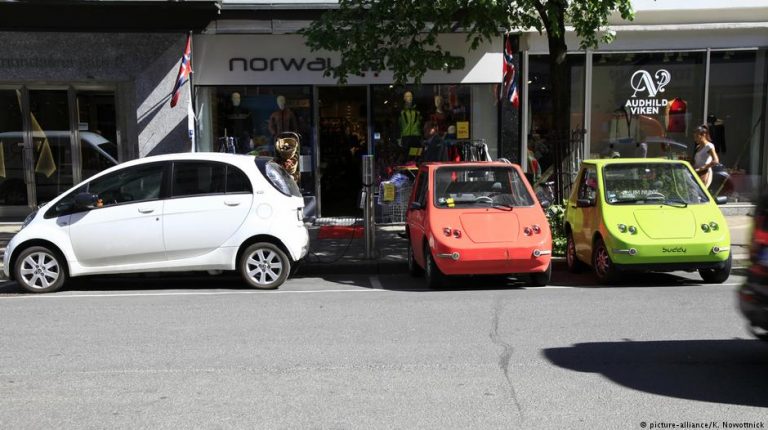 A fresh study by a German automotive research center has shown that Norway and China remain at the forefront of nations facilitating e-car market penetration. Germany is catching up only slowly.Norway and China remain the two main drivers of e-mobility globally in the first quarter of 2018, a survey by the German Center of Automotive Management (CAM) has revealed.

The study published Tuesday said China managed to sell a total of 142,445 e-cars on the domestic market, marking a staggering 154-percent increase over the first three months a year earlier.

The figure meant that electric vehicles accounted for 2 percent of all newly registered cars in the Asian nation, up from just 0.8 percent in the first quarter of 2017.

Norway sold 16,181 e-cars in the first quarter of this year, that’s 20 percent more than in the same period a year ago. While the sales figure seems small by itself, it is put into perspective when looking at current market shares.

E-cars account for 47.9 percent of all newly registered vehicles in the Scandinavian country, up from a share of 35.9 percent last year. In other words, almost every second new car registered in Norway is an electric vehicle.

“China and Norway are really ahead of the pack [either in terms of total sales or market share] when it comes to e-mobility,” said Stefan Bratzel from the CAM think tank who headed the survey.

He added that Germany, where 17,549 units left the showrooms in Q1, had been facing an uphill battle to catch up with the frontrunners. In Europe’s powerhouse, e-cars make up only 2 percent of overall vehicle sales, but the share is expected to rise further in the years ahead.

The sale of diesel cars in Germany dropped by roughly a quarter in March year on year, not least because of Volkswagen’s emissions-cheating scandal and looming bans on diesel cars in a number of German cities.

However, the steep fall in diesel car sales has prompted only a few consumers to buy e-cars, which are still fairly expensive and low-range.