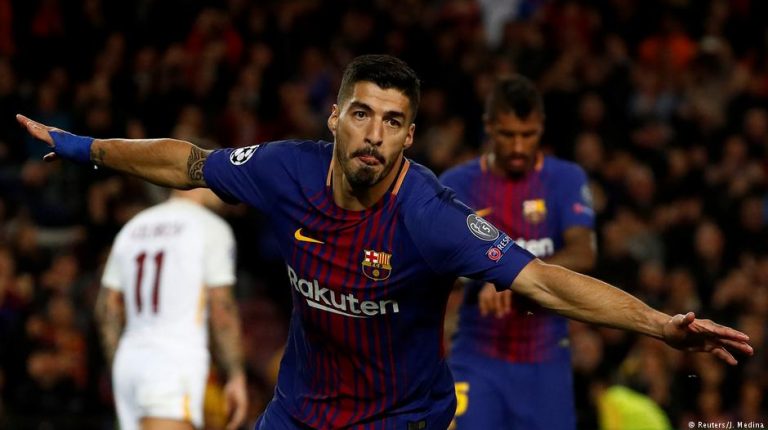 They don’t normally need much help scoring but that’s exactly what Barcelona got on Wednesday night, as they took command of their tie against Roma with a dominant win.

The game had been quiet until Roma skipper Daniele De Rossi slid to intercept a pass on the edge of his own box and only succeeded in slotting it past his own keeper. Worse was to come for Roma after the break as Greek defender Kostas Manolas followed suit, turning in to his own net after Samuel Umtiti’s effort struck the post.

Bayern Munich come from behind to beat Sevilla

Barca finally got a goal of their own four minutes later after Alisson parried a Luis Suarez effort straight to him. Roma grabbed one back with ten minutes remaining when Edin Dzeko netted from close range but Luis Suarez restored the three-goal cushion just before full time, leaving Roma with a huge task in the return leg in Rome next Wednesday.

The victory extended Barcelona’s unbeaten run in the Champions League to 26 straight home matches, a streak that dates back to September 2013.

Should they progress, this will be the first time that Barcelona have reached the semifinals since their last Champions League win in 2015.