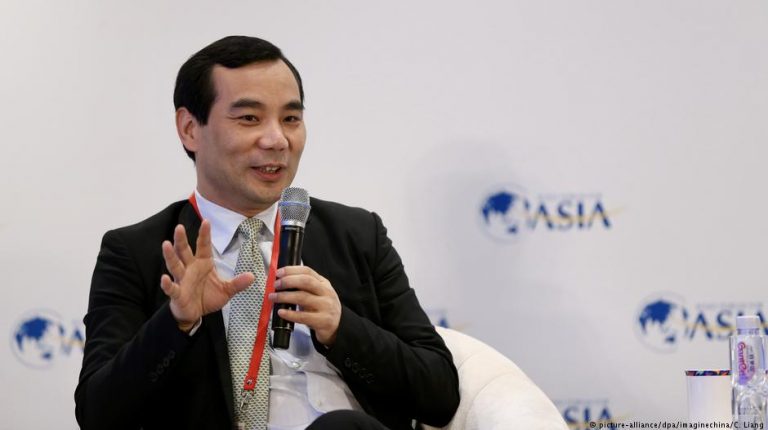 The former head of Anbang Insurance is accused of embezzling billions of dollars as his high-profile fraud trial opened one month after authorities seized control of the big-spending conglomerate.The trial of theformer chairman of Anbang Insurance GroupWu Xiaohui began Wednesday morning at the Shanghai No. 1 Intermediate Court, where prosecutors accused him of defrauding Anbang of 65.25 billion yuan ($10.4 billion, €8.39 billion).

The funds were transferred to companies he personally controlled for investment overseas, to pay down debts, or “personally squandered,” the court said.

Wu’s trial for alleged economic crimes, including fundraising fraud and embezzlement, comes a month after the government seized control of the once high-flying insurance firm.

Wu contested all charges against him, adding he was unaware whether his activities had violated the law. He is the first executive to publicly go on trial as the government moves aggressively to prevent heavily-indebted large private companies from collapsing and triggering a financial crisis.

Anbang, the privately-held Chinese company that owns the Waldorf Astoria hotel in New York City and other marquee properties around the world, had been one of the most aggressive investors behind a wave of overseas acquisitions by Chinese firms that have attracted the attention of global regulators and investors.

The government’s swoop on Anbang was its most aggressive move yet to rein in politically-connected conglomerates that have grown rapidly and launched a wave of splashy multibillion-dollar overseas investments fueled by debt.

The court gave no indication when the trial would conclude, but such proceedings are often wrapped up within a day, especially in sensitive cases that the government does not want dragged out.

The government of President Xi Jinping, who recently has dramatically strengthened his grip on power, has made shoring up financial risks a top national priority.

The highly unusual commandeering of Anbang signaled deep official concern over the Beijing-based company’s financial situation and appeared to confirm that toxic financial risks lurked in the world’s second-largest economy.

Wu’s situation marks a startling fall from grace for a man who reportedly married a granddaughter of the late Chinese leader Deng Xiaoping — a sign that even political connections won’t guarantee immunity.

Wu founded Anbang in 2004 and gained a reputation for aggressive expansion in an industry dominated by state-owned insurers. The company grew to more than 30,000 employees with 35 million clients and diversified into life insurance, banking, asset management, leasing and brokerage services.

Chinese regulators have said some unspecified Anbang holdings would be sold off and that the company takeover would last one year but could be extended if needed. Earlier in March, China unveiled plans to merge its banking and insurance regulators to tighten supervision of financial risks.