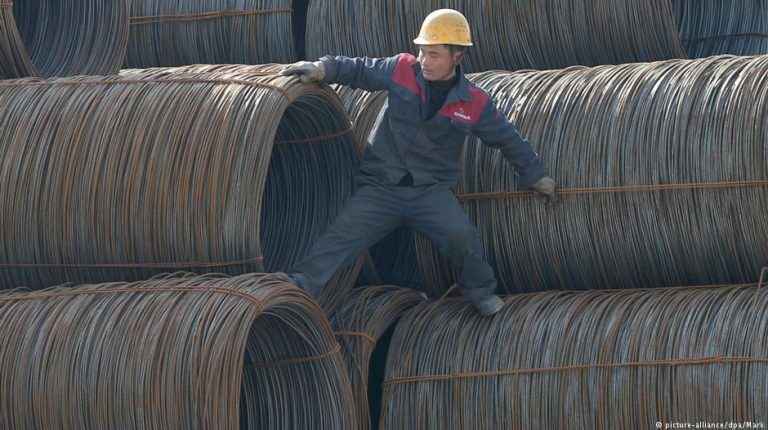 China has called on other nations to “stand firm” against Washington’s protectionist measures, with the US president expected to announce new sanctions and tariffs on Thursday and Friday. Will the world listen?Chinese state media pre-empted Thursday’s expected trade sanctions by the US by urging other countries to create a united front against “Washington’s protectionism.”

“Since the US seems unlikely to mend its ways, other countries should stop hoping they will be spared its protectionist shots and become more resolute in standing firm against them,” the China Daily said Thursday.

The newspaper added that while US tariffs would initially boost the country’s GDP expansion and slow China’s economic growth, they would also reduce global economic activity, harming both nations in the end.

The US is set to impose further trade restrictions on China to force Beijing to change its intellectual property practices.

Chinese Premier Li Keqiang had warned that “no one would emerge a winner from a trade war,” adding he hoped Washington would act rationally.

Beijing had repeatedly emphasized it had no wish to fight a trade war, but warned it would, if needed.

“China will not sit idly by while legitimate rights and interests are hurt,” The Chinese Commerce Ministry said in a statement. “We must take all necessary measures to firmly defend our rights.”

Not the first time

On Wednesday, the World Trade Organization (WTO) ruled that Washington had not fully complied with a 2014 ruling against its anti-subsidy tariffs on various Chinese products raging from solar panels to wind towers and steel cylinders.