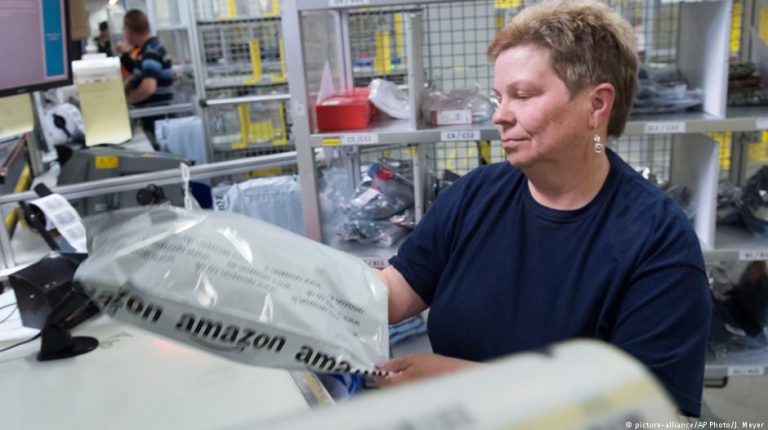 The European Commission is to unveil plans for a digital tax on big US tech companies. The move is aimed at recovering billions of euros from multinationals that divert their earnings to low-tax nations.According to a draft plan, Brussels proposes big tech companies should be taxed on overall revenue in the EU and not just on their profits, at a rate of around 3 percent.

The plan is fanning fears of a further worsening of trade relations between the EU and the United States as Brussels prepares to retaliate against US President Donald Trump’s move to impose higher tariffs on steel and aluminum imports.

The new EU tax plan would target companies with global annual turnover above €750 million ($924 million), such as Google, Twitter, Facebook, Airbnb and Uber.

Smaller startups that struggle to compete with the giants would be spared, as would firms like Netflix, which depend on subscriptions.

Under current EU law, firms can choose to book their income in any member state of the bloc, prompting them to pick low-tax nations like Ireland, the Netherlands or Luxembourg.

This has meant that other nations in the bloc have missed out on tax revenue from big US firms even though sales in those countries may account for a bigger share of the earnings.

The new draft plan says that revenue from the digital tax would be fairly distributed to where the companies in question actually operate according to the level of activity in those nations and not the level of booked profit.

Brussels looks set to unveil the plan on the eve of a March 22 EU summit, and ahead of an April G20 meeting of the world’s most developed nations.

For the proposal to become reality, it must be unanimously approved by all EU countries. It remains to be seen whether the big states can win the support of smaller ones that currently offer tax breaks to the tech titans.