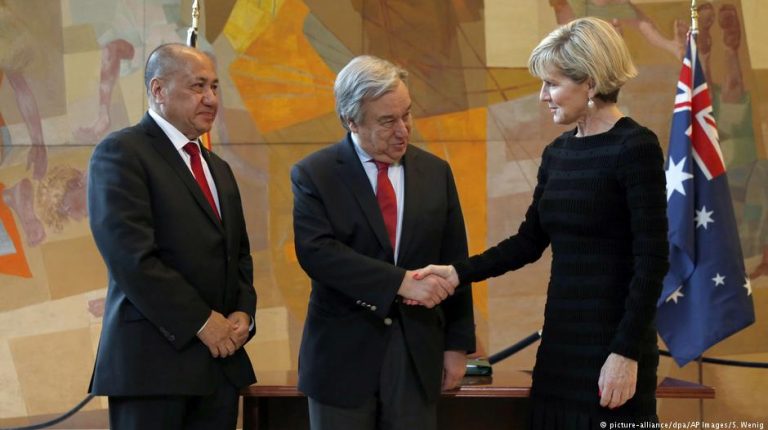 The exact split will depend on the so-called development concept, according to the treaty signed by the Australian Foreign Minister Julie Bishop and East Timor Deputy Minister for the Delimitation of Borders Agio Pereira. UN Secretary General Antonio Guterres also attended the event.

The deal follows last week’s verdict by the Permanent Court of Arbitration in The Hague, which also pinned the share of revenue on “different development concepts.”

The dispute over the Greater Sunrise gas fields, located between East Timor and Australia, has burdened bilateral ties between the two countries for many years.

East Timor gained its independence from Indonesia in 2002 and soon began to negotiate its border with Australia. The talks ended with a treaty in 2006. Last year, East Timor terminated the 2006 treaty and began negotiations for a permanent boundary.

Its officials said Australia had cost the country billions of dollars in gas revenue. They also accused Canberra of bugging government offices in the capital, Dili, to achieve an unfair negotiation advantage. Canberra denied the allegation.

East Timor, with a population of 1.3 million, is among the poorest countries in the world.

East Timor’s oil revenues finance about 90 percent of government spending, but are running out due to the exhaustion of existing fields. The country’s $16 billion (€13.8 billion) sovereign wealth fund is estimated to be empty within 10 years.

Dili had asked the maritime border to be halfway between East Timor and Australia, which would place a larger area of the Greater Sunrise fields, estimated to be worth over $40 billion in annual revenues, within its borders.

Some now fear the new maritime border agreement could trigger a trilateral negotiation over an Indonesian claim for a share of Greater Sunrise.