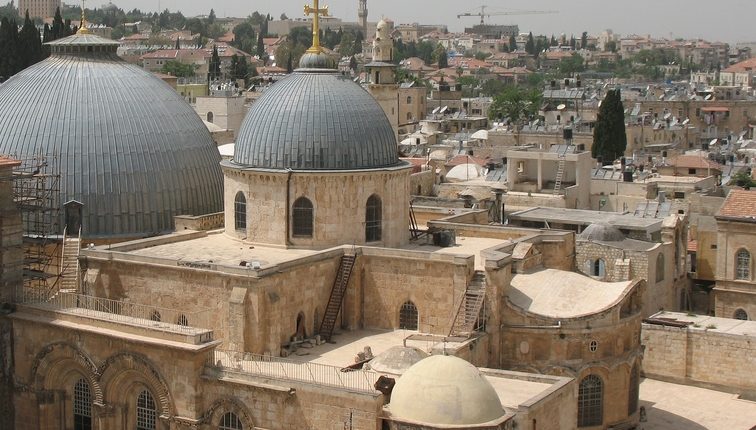 The Church of the Holy Sepulchre was closed Sunday until further notice, in protest of Israeli legislations and a new tax policy on churches in the holy city, according to a statement from Christian leaders in Jerusalem.

In a joint statement released on Sunday, heads of the main three churches in Jerusalem, the Greek Orthodox, Roman Catholic, and the Armenian Apostolic churches announced the move of shutting down the churches as the Israeli Knesset’s ministerial committee for legislation was set to discuss a bill that would allow the state to expropriate land in Jerusalem sold by the Greek Orthodox and Roman Catholic churches since 2010.

Following the closure of the holy church, the Israeli ministerial panel decided to postpone the debate on the bill, according to Israeli media.

The Christian leaders issued a statement rejecting the Israeli actions, which they labeled as a “systematic campaign against the churches and the Christian community in the Holy Land.” They are also protesting the Jerusalem municipality’s new policy on municipal tax payments for church property.

Church leaders consider the Israeli bills as a violation of their property rights and the status quo of the holy places in Jerusalem, stressing that they will fight the law legally and diplomatically, according to the statement.

Trump says may travel to Jerusalem for embassy opening

Israel backtracks on plans to tax churches in Jerusalem

The first Easter of the year