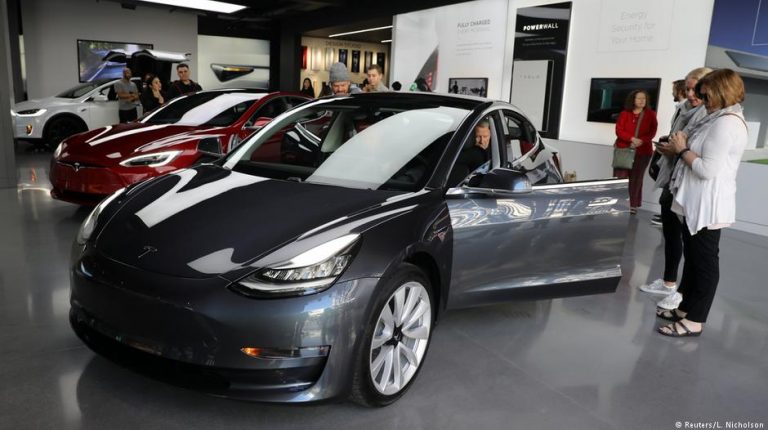 Electric carmaker Tesla says it has booked a record loss for its fourth quarter. The automaker said it had struggled to meet production targets for its Model 3 sedan, but current issues would be sorted out soon.Tesla reported a fourth-quarter loss of $657 million (€535 million), up from $123 million in the same quarter a year earlier, making it the carmaker’s biggest quarterly loss ever.

The company said it had struggled to meet production targets for its Model 3 sedan starting at $35,000.

Money-losing Tesla’s long-term viability depends on annually selling billions of dollars of Model 3s. But production delays blamed on battery issues resulted in only 1,550 deliveries in the fourth quarter, far below the 4,100 vehicles expected by analysts.

Revenue from the highly anticipated model has yet to hit Tesla’s bottom line.

No time to waste

Tesla is facing fierce competition as many other automakers have pledged to enter the electric car market.

Rivals from Ford Motors to Volkswagen are investing a total of $90 billion in electrification over the next five years, with luxury models from Audi and Tata Motors due to hit showrooms this summer.

A day before the presentation of Tesla’s quarterly figures, Elon Musk’s private space flight company SpaceX was applauded for launching the Falcon Heavy rocket, the most powerful rocket currently in operation.