When he returned to Egypt in 2010, Sallam founded the ‏‎Mansoura University Vertebrate Palaeontology Centre (MUVP) to be the first and only centre dedicated for studying vertebrate palaeontology in the region. Palaeontology focuses on the record of past life, but its main source of evidence is fossils.

** Where did you receive your degree in Vertebrate Palaeontology?
I received a PhD from the University of Oxford in 2010. I was the first Egyptian to have been trained abroad for a higher degree in vertebrate palaeontology in many decades. Over the course of the last decade, I was an affiliated scientist at Stony Brook University, Ohio University, Denver Museum of Nature and Science, and Duke University.

** What are the main research achievements that you are proud of?

I have been conducting palaeontological research on vertebrate fossils from Afro-Arabia, with an emphasis on their identification, anatomical description, phylogenetic and evolutionary context, and biogeographic histories. Thus far, this work has resulted in a series of publications in journals such as Proceedings of the National Academy of Sciences, PLOS ONE, PeerJ, Journal of Vertebrate Paleontology, and Palaeontology.

The most important discovery of all is a new Egyptian dinosaur that is 70 million years old and the most complete among fossils of its age in Afro-Arabia landmass. This discovery was accepted for publication in Nature Ecology & Evolution.

** Was it easy to take the decision of moving back to Egypt, and why did you take this step? 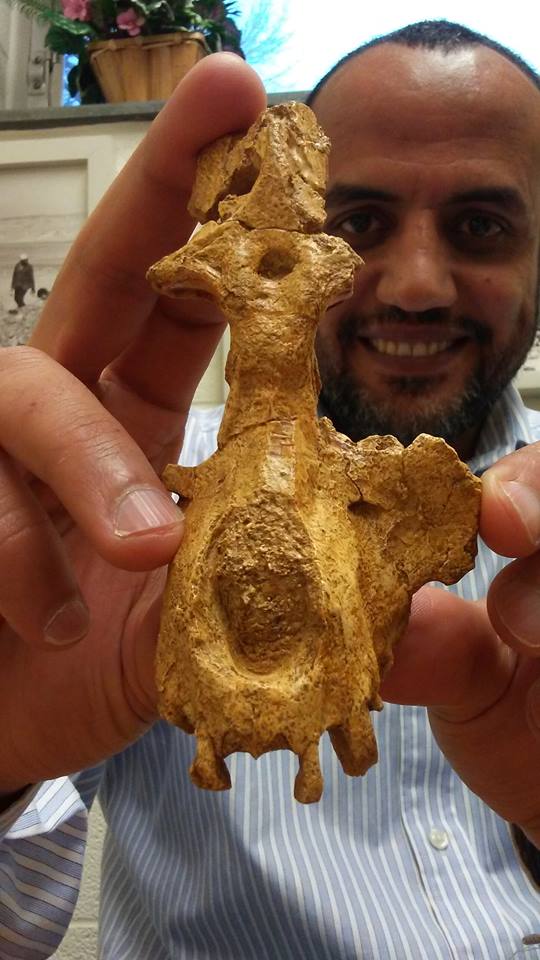 For first time in the history of Egyptian paleobiology young Egyptian students are now engaged in evolution and paleobiology-based research related to different projects, as well as in teaching vertebrate palaeontology and evolution programmes to undergraduate and postgraduate students at three different Egyptian universities. I am also directly advising several postgraduate students.
** Tell us more about your current work at Mansoura University and the ‏‎Mansoura University Vertebrate Palaeontology Centre (MUVP).
MUVP is my biggest contribution to Egyptian vertebrate palaeontology so far. I founded MUVP right after I received my PhD from the University of Oxford in 2010.

Provide valuable, and previously unavailable, teaching materials (theoretical and practical) to other universities and initiate outreach to primary/secondary level schools to expand the study of vertebrate palaeontology in Egypt. And to raise funds and encourage students to volunteer in order to enhance the vertebrate palaeontology department at the Egyptian Geological Museum.

** How do you see the differences between scientific research in Egypt, and in Oxford and US universities where you have received your PhD and postdoctoral education?
The scientific atmosphere is surly different. But I have been trying to keep the western scientific environment in MUVP.

Egypt has considerable vertebrate paleontological resources. Vertebrate fossil-bearing deposits in that country range in age from Palaeozoic to Holocene, with substantial collections derived from the Late Cretaceous, Eocene, Oligocene, and Miocene. In the early 20th century, numerous vertebrate paleontological expeditions were carried out in collaboration with the Egyptian Geological Survey and British, American, and German scientists, with collecting efforts continuing to the present day. These expeditions led to the discovery of many important vertebrate fossils including non-avian dinosaurs, birds, reptiles, mammals, and fishes. That said, Egypt has been a good place for studying Vertebrate fossils.
** What is the Aegyptopithecus? and why it is important? and are there any features [in your field] have the same importance?
Aegyptopithecus, or the Egyptian monkey, was a tree-dwelling primate that lived 30 million years ago in the Fayum area when it was a swampy forest with a great density of other mammals. This early monkey’s weight is estimated at around six kilograms, and it ate primarily fruit and showed sexual dimorphism, with males larger and having bigger canines. The enlarged canines served to scare or bite competing males.  Aegyptopithecus is one of the most important fossils in Africa as it is widely believed to be near the ancestral line of Old World monkeys and the hominoids (humans and apes). 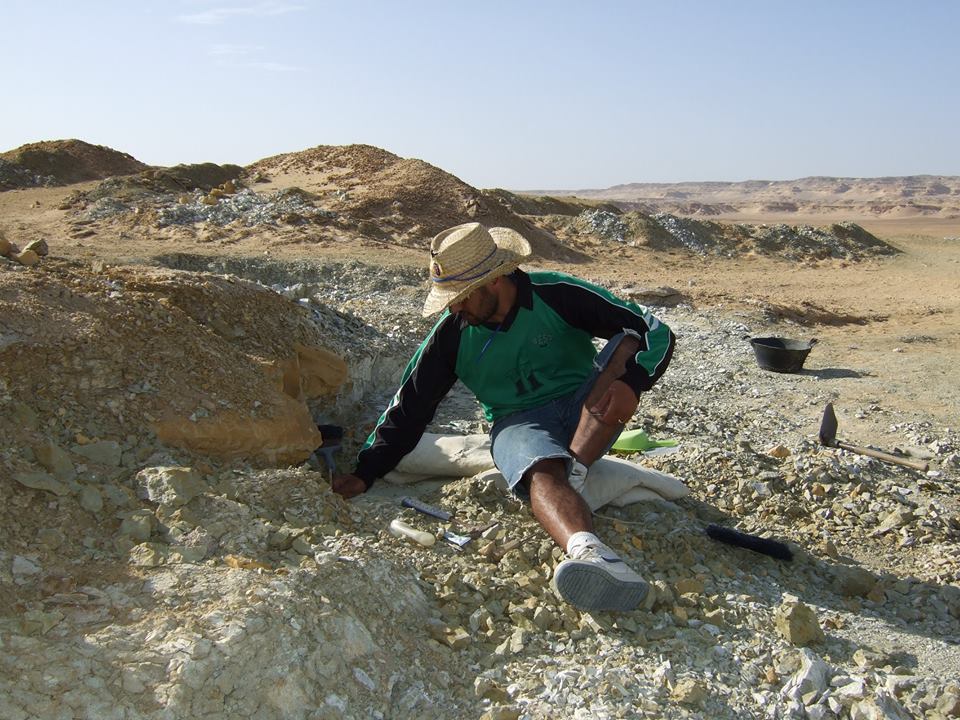 ** Does vertebrate palaeontology as a research trend have a future in Egypt’s research institutes?
With MUVP, certainly it will.

** What are the main obstacles that you have faced [or still face] in working and conducting research in Egypt?

Speaking from the point of view of a third-world African scholar, many possibilities remain unknown in terms of vertebrate paleobiology because field expeditions can be very expensive and logistically difficult to undertake. Exploration also does not always lead to discovery, which is unacceptable to the agencies in charge of funding such expeditions here in Egypt. Moreover, some areas are off-limits, either far away from population centres or controlled by governmental organisations that do not permit access.

Competition between vertebrate palaeontologists and archaeologists for funding and access is becoming a problem, as both attempt to collect data in the same areas. Antiquities smugglers are also common these days in Egypt. They do not speak the language of science, but rather the language of money.

Last year, we discovered a partial skeleton of a dinosaur from the Western Desert in Egypt. During the excavation and preparation of the bones in the field for transport to my lab, some antiquity smugglers came very early in the morning and destroyed our new discovery, believing they would find gold or pharaoh statues.

Despite Egypt’s wealth of paleontological deposits, vertebrate palaeontology has, until recently, never been taught as a discipline in Egyptian universities, and few academics have been trained in an interdisciplinary setting that emphasises geology as well as biology. In addition to the aforementioned obstacles, Egyptian women find it difficult to enter vertebrate palaeontology due to cultural biases.

** How do we overcome these obstacles?
As for the funding issue, we are trying to seek funds from different international scientific organisations, and also trying to spread the knowledge.
** An advice for the Egyptian young researchers.

The whole idea behind my work is to train and inspire new generations to protect their natural history heritage from being stolen or accidentally destroyed. So, I would tell them to learn more about Egyptian natural heritage and protect it.

My advice to the Egyptian young researchers in general is to keep themselves updated, read, and always work hard to achieve their dream.

At least 15 dead, 40 injured in train accident near Beheira

You won’t stop climate change on your own — demand action!