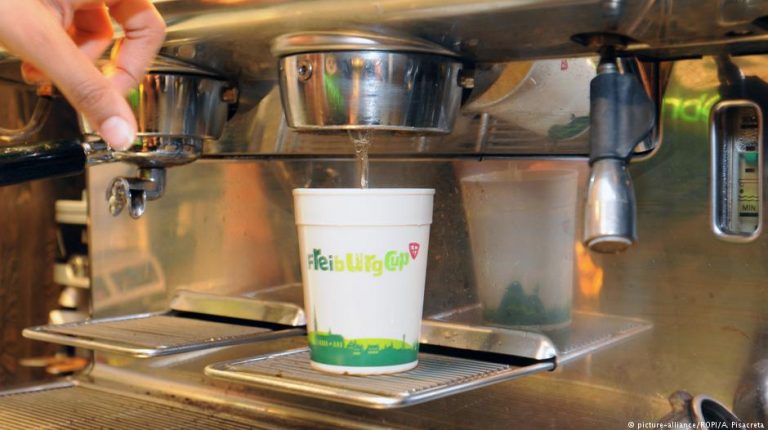 British lawmakers have proposed a 25 pence ($0.34) charge on disposable coffee cups and set a target to recycle or ban them all within five years. Around 2.5 billion plastic-lined paper cups are used in Britain annually.Britain could be set to introduce a blanket charge for use of disposal paper cups in what has been labeled a “latte levy.”

Around 2.5 billion plastic-lined paper cups are used in Britain each year, but less than one in 400 are recycled, MPs on the environmental audit committee warned in a new report.

“Coffee cup producers and distributors have not taken action to rectify this and government has sat on its hands,” said committee chairwoman Mary Creagh, who called for a “revolution in recycling.”

The MPs urged ministers to set a target that all such cups be recycled by 2023, and “if this target is not achieved, the government should ban disposable coffee cups.”

The latte levy is seen as necessary following the unsuccessful trial of a 50-pence discount for customers who bring their own reusable cup to Pret a Manger, Costa, Starbucks and other leading coffee shop chains.

“We found that this did not move the needle in the way we thought it might. We now have 1.8 percent of our customers using reusable cups,” Starbucks said in a statement.

In the trial, “we will be exploring the impact that a cup charge may have in changing behavior in addition to the measures we, and the whole industry, are taking on cup recycling,” Starbucks said.

Ireland is also considering banning single-use coffee cups, while the German city of Hamburg announced in 2016 that it will no longer allow the use of coffee-makers with aluminium capsules in offices or buildings.