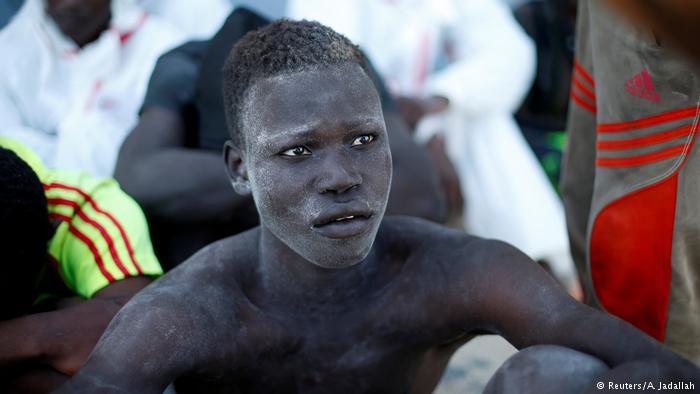 With the increasing escalation of political turmoil in the Middle East in recent years, thousands of migrants continue to attempt to cross seas and the desert, running away from oppressive regimes, police states, civil conflicts, and terrorist groups, to cross into countries that are argued t are believed to provide better living conditions.

Early this week, the first session of the Egypt-EU migration dialogue was launched by the Minister of Foreign Affairs Sameh Shoukry and EU Commissioner for Migration, Home Affairs, and Citizenship Dimitris Avramopoulos. According to the EU delegation in Egypt, the meeting covered migration-related issues, from the fight against smuggling and trafficking to the promotion of legal channels of migration and mobility, and from the prevention of irregular migration to the protection of asylum seekers and refugees, in a comprehensive and balanced approach.

The EU commissioner met with President Abdel Fattah Al-Sisi and the duo asserted the need for a comprehensive strategy to counter the phenomenon and not merely implement security strategies. According to the Egyptian presidency, Al-Sisi highlighted “settling ongoing crises, encouraging efforts of development, and enhancing living conditions.” He asserted to the EU delegation that there has not been a single case of illegal immigration from Egypt to other countries, including Europe, since 2016.

According to the EU, the first session of meetings focused on points of “protection and asylum,” focusing on the importance of mobilising efforts to provide protection to those who qualify for it, in line with international standards, as well as opportunities to increase resettlement schemes. It also focused on the “prevention of irregular migration, migrant smuggling, and trafficking in human beings, agreeing on strengthened strategic cooperation to prevent irregular migration and tackle migrant smuggling and trafficking of human beings,” including at the regional level and through reinforced cooperation between Egyptian authorities and EU agencies, operations, and programmes, complemented by a renewed engagement on counter-terrorism cooperation.

In September last year, Egypt suffered a deadly incident when a boat packed with nearly 400 illegal immigrants capsized on its way to Italy; around 202 people drowned including non-Egyptians. Days after it capsized, bodies started to float and appear on the beach in the Egyptian coastal city of Rashid. In November 2016, the cabinet approved the illegal immigration law which stipulated a fine of EGP 50,000-200,000 or a prison sentence (without specifying the duration) for anyone who trafficks illegal immigrants, attempts to traffick them, or mediates in the trafficking process.

Another article of the law stipulated hard labour and a fine of EGP 200,000-500,000 if suspects started, managed, held a position in, or were a member of an organised group that aims to trafficing illegal immigrants.

However, west of Egypt, Libya continues to remain a source of trouble when it comes to the migration crisis. Last November, the International Organisation for Migration (IOM) said the Mediterranean Sea remains “by far the world’s deadliest border,” with more than 33,000 migrants dying, in an attempt to make the dangerous crossing, since 2000. Although the number of deaths has dropped since record arrivals on European soil between 2014 and 2016, the risk of death during the journey has risen significantly, according to a UN report published by the IOM. A controversial naval blockade by Libya’s coastguard has made the journey across the Mediterranean more dangerous as it shifted the route towards the longer central crossing to Italy.

Early this week, Amnesty International published a report accusing European governments of being complicit in the suffering of refugees and migrants fleeing through Libya. The report accused European states of not only being fully aware of the abuses those refugees go through, but also of supporting Libyan authorities in detaining them.

The watchdog criticised European governments, especially Italy’s, for prioritising the closure of the central Mediterranean route in the face of the refugees rather than protecting them, thereby, ignoring basic asylum principles.

Amnesty highlighted an important dimension in this refugee crisis to explain the gravity of the situation, particularly that “Libya is not a party to the 1951 Refugee Convention,” hence, “it does not recognise UNHCR, nor does it have a national asylum system.”

On top of this, the organisation added that there is no legislation or infrastructure that can help contain the refugee crisis or provide any means of protection. This resulted in mass detention becoming the primary tool to manage the flow of migrants.

The report argued that European states are fully aware of the sufferings of refugees, however, they remain committed to reducing the number of migrants crossing the Mediterranean via three means. First, European states continued to provide technical assistance to DCIM, Libya’s Directorate for Combating Illegal Migration, despite the human rights violations detained migrants face. Second, they allowed Libyan Coast Guard to increasingly intercept refugees crossing the sea to take them back to Libya. Third, they made deals with local Libyan authorities, tribal leaders, and armed groups to enable them to control the borders to stop the smuggling of people.

Since the beginning of the refugee crisis in 2011, European governments have been criticized for applying “double standards” regarding the crisis. Last year, the EU made an agreement with Turkey, on 18 March, to stop the flow of refugees to Europe. It was agreed that every person arriving in Greece illegally, including asylum seekers, would be returned to Turkey.

This year, more than 161,000 migrants and refugees have arrived in Europe, with 75% of them arriving in Italy via the central route. In 2015, the EU witnessed a sharp rise in migrants entering the bloc, many of them refugees fleeing war in the Middle East, Asia, and Africa, with Germany receiving nearly 900,000 people, according to a report by Deutsche Welle in November. “Nearly 3,000 migrants have died attempting to make the crossing this year. While the figure is likely to increase before the end of the year, it is significantly less than last year, which witnessed 4,757 deaths in the Mediterranean,” the news agency added.

Upper Egypt is source of 80% of internal immigration: new minister of local development

Sobhi heads to Nicosia for military and security cooperation with Cyprus