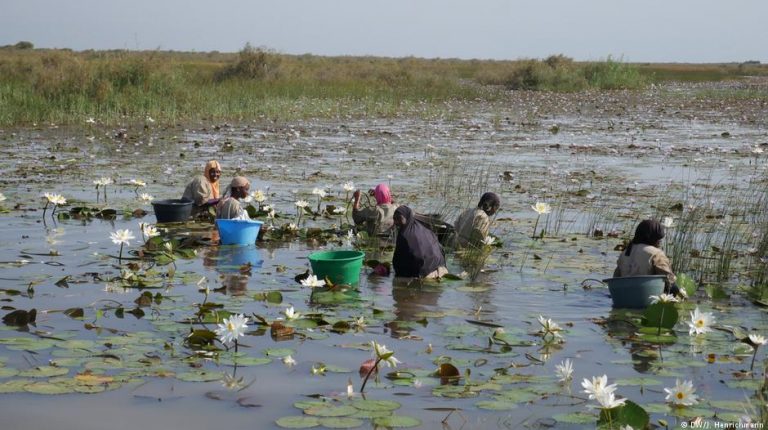 The Senegal delta is a delicate ecosystem that relies on balance between sea and freshwater. But to preserve it, balancing the needs of man and nature is almost as important.Project goal: Water management program, run with the local communities
Project Implementation: Opening locks at certain times, regulating salt and freshwater, regulating fisheries, finding new ways to generate income
Biodiversity: More than 300 bird species, including pelicans, black storks and flamingos; and 55 fish species. Crocodiles, monitor lizards, water hogs and various plant species are also at home in the delta
Project size: The 16,000-hectare Diawling National Parks is located in southern Mauritania, next to the River Senegal, which acts as a natural border to neighboring Senegal.

Diawling National Park in southern Mauritania is home to more than 300 different bird species. Here on the Senegal River Delta, the birds can nest in peace. With its mix of fresh and saltwater, the ecosystem is the ideal spot for a variety of species.

But the habitat is fragile. A large reservoir built on the border to Senegal in 1985 has upset the balance; at the time, entire tributaries were drained dry. It wasn’t until an elaborate system of locks was built that the ecosystem began to thrive again.

The German development agency GIZ has now established a water management program, and is working locals to ensure that people and nature can coexist.

A film by Julia Henrichmann