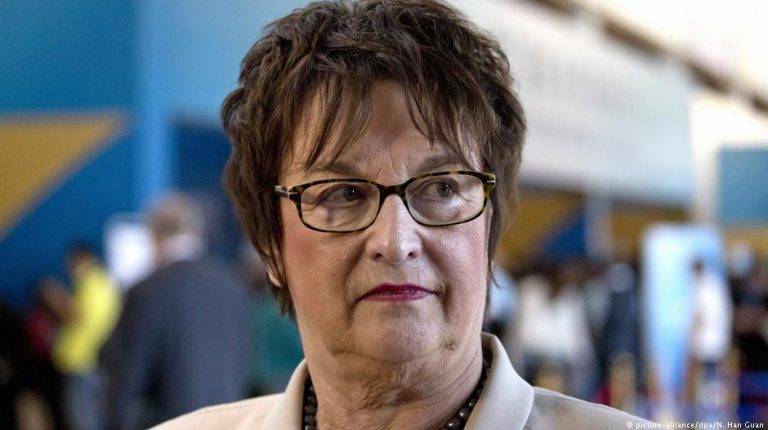 At a G20 steel summit in Berlin, the world’s largest steel-producing countries have agreed to dismantle market-distorting subsidies. But deep division remained between China and the US over how to do that.Speaking at the conclusion of the Berlin steel summit, German Economy Minister Brigitte Zypries said delegates had agreed on the need to dismantle subsidies and arrange better sharing of information on the process of capacity reduction.

However, Zypries also said that the 30 countries participating in the meeting on Thursday didn’t agree specific steps on how to reduce steel overcapacity.

Jamieson Greer, chief negotiator for the US trade representative, said the summit had agreed “initial steps” but that far more needed to be done. Since the underlying problems hadn’t been tackled by the summit, he said the US would continue to react to market-distorting practices.

US President Donald Trump has threatened to impose punitive tariffs on steel imports as part of his “America First” agenda, prompting fears that such a move could trigger a trade war with China, which Trump identified as the main culprit behind global overcapacity in steel.

In a bid to avert such unilateral trade measures, Germany — current chair of the Group of 20 leading economies – had invited all G20 member states and some other countries to Thursday’s summit, entitled Global Forum on Steel Excess Capacity.

China is under pressure from the US and Europe to cut subsidies to its mostly state-owned steel companies, stop dumping cheap steel onto world markets and shutter more capacity in addition to the 100 million tones it has already closed.

But assistant Chinese Commerce Minister Li Chenggang warned against a situation where his country made painful efforts to cut capacity “while the rest of the world just watches.”

The Trump administration has repeatedly threatened to take a tough line on excess steel, even launching an investigation into whether US steel imports form China pose a risk to national security.

Read more: Germany seeks EU help in steel row with the US

Asked if the European Union would impose countermeasures should Trump decide to impose new tariffs on foreign steel, Brigitte Zypries said before the summit: “We still stand ready to take countermeasures if the Americans should start to impose such tariffs. We would be forced to do this.”