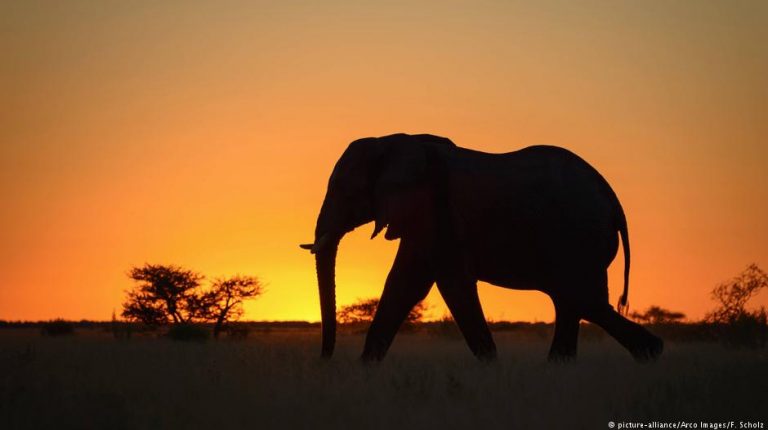 News of a sixth mass extinction makes for frightening reading. But is it really too late – and can changing how we frame the issue inspire a more harmonious relationship with our planet?This week, a new study warned that biodiversity is being lost on a scale comparable to the cataclysm that wiped dinosaurs off the face of the planet 66 million years ago.

Published in Proceedings of the National Academy of Sciences (PNAS), it was headlined with the words “biological annihilation” – a startling term for a scientific paper. The authors said this wording was necessary to convey the magnitude of the crisis our planet is facing.

The PNAS study is just the latest in a series of studies to warn of a sixth mass extinction event. Unlike its predecessors, it looked not just at the rate at which species are being wiped out, but also the dramatic decline in the range and populations of species that are still with us.

It came to the sobering conclusion that 50 percent of individual animals “that once shared Earth with us are already gone.”

Mark Williams, a professor of palaeobiology at Leicester University in the UK, told DW that although the study makes for depressing reading, he agreed that the strong language was justified. “I am surprised by the title – but with what’s going on in the biosphere, it’s probably a good way to word it.”

But is the claim that we are undergoing mass extinction event to rank alongside the five major wipeouts of the last half-billion years justifiable?

Previous mass extinction events have marked the end of one geological epoch and heralded the start of another.

Indeed, the paper talks about the “Anthropocene’s biological extinction crisis”- referring to the idea that the changes the planet is undergoing due to human activity are so profound as to warrant the definition of a whole new epoch of planetary history.

It’s an idea that has been scientifically controversial, but that is gaining traction.

“Before, we were talking about the Anthropocene in a metaphorical way,” says Christian Schwägerl, a journalist and author of The Anthropocene: The Human Era and How It Shapes Our Planet. “Now, scientists think of it as a geological reality.”

A new epoch implies major impacts to the entire earth system. Not just the biosphere, which the frightening loss of biodiversity testifies to; but also to the atmosphere, which is being wholly altered by anthropogenic emissions; the lithosphere – or surface layer of the earth – is being reshaped by mining; and large-scale changes to the hydrosphere, such as ocean acidification.

Williams points to some alarming statistics. Humans now appropriate between 25 and 38 percent of the planet’s primary energy production. And the total carbon mass of human beings and our domestic animals is now 35 times that of all other land mammals put together.

And then there’s the “technosphere,” a term coined by geologist Peter Haff to describe a whole new manmade aspect of the planetary system, made up of everything from cities, factories and agriculture, to computer systems and landfills – and estimated to amount to a mass of 30 trillion tons.

“The modern biosphere is completely and utterly different from any prior state,” Williams says. “This reconfiguration is driving biodiversity loss, because we’re squeezing out natural habitats that organisms can flourish in.”

Add to this the speed: it’s “quite a cocktail of very fundamental changes that all came very fast,” Schwägerl told DW. So fast, Williams says, the sixth mass extinction could outpace any before – bar that resulting from a sudden asteroid strike.

Yet the PNAS study’s assertion that “the sixth mass extinction is already here” has also raised some eyebrows.

“What is happening is catastrophic, but language is important and scientists need to be careful – if you say it’s a mass extinction, you have to be able to prove it,” Schwägerl says.

Schwägerl argues that the category of animals the study focuses on – land vertebrates – is too narrow to back up the claim that a major mass extinction event is already underway.

In an interview with National Geographic in 2015, Elizabeth Kolbert, author of “The Sixth Extinction: An Unnatural History,” suggested that whether the event can be scientifically confirmed as already happening is a moot point.

“That’s one of those debates where I think we’re focusing on the wrong thing,” she told the magazine. “By the time we have definitive answers to that question, it’s possible three-quarters of all species on Earth could be gone.”

The PNAS paper warns, “the window for effective action is very short, probably two or three decades at most.” Yet there’s an argument that framing the issue in apocalyptic terms risks paralyzes us against such action.

“It’s really important to have the sense we can still turn it around,” Schwägerl says. Otherwise, “people just give up.”

“We can still turn it around – or at least slow it down.”

A feeling of connectedness to the planet could be more effectively inspire changes in human behavior than scare tactics.

“The idea of the Anthropocene helps us to view the history of our species as part of natural history,” Schwägerl explains. “It helps us to integrate our civilization into the big planetary processes and the planetary history – it can create a horizon for something better.”

In its conclusion, the PNAS paper warns that the ultimate drivers behind mass extinction, such as overconsumption, “trace to the fiction that perpetual growth can occur on a finite planet.”

Schwägerl argues that rethinking how we see ourselves in relation to our home planet can help us address damaging ideas behind our misuse of the Earth’s resources.

“Economic practice is based on the fantasy that human civilization is somehow detached from nature,” Schwägerl says. “We say in economics that environmental effects are an externality – as if nature was something external – no, it’s the baseline of every economic activity.”

“We need to think about ourselves as part of a continuum that’s been unfolding for 4 billion years,” Williams adds.

“We need to make sure our brief stewardship of the biosphere preserves that biodiversity. I think if we started to think about ourselves in those terms, we might be able to stand back and become a bit less self-important.”