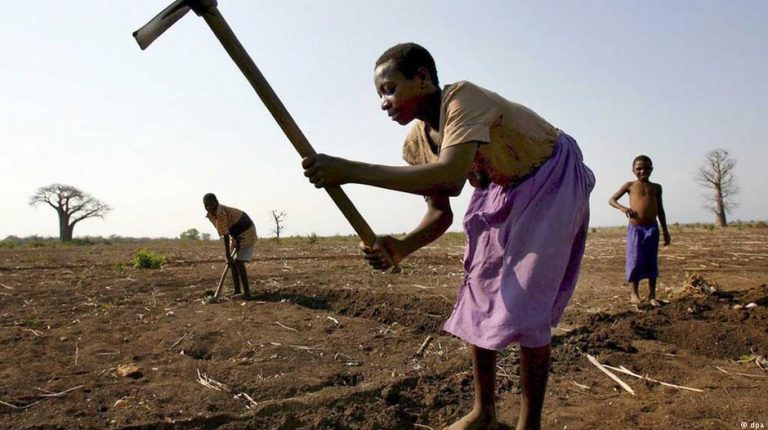 Worldwide population is expected to grow to nearly 10 billion by 2050 – but agricultural lands won’t be able to follow the same pace. The problem is clear: something has to change. The question is what.The world’s population continues to grow – but the Earth’s surface doesn’t. And already one in nine people around the world suffers from hunger.

Although fertility levels worldwide are declining, life expectancy is increasing – and therefore, the global population keeps growing. The United Nations estimates that the world’s population is increasing by more than 80 million people every year.

So how can we feed all these billions without destroying the Earth?

Although it’s a dire picture, the situation is not as disastrous as it might seem. Food is not lacking – it is just poorly managed.

“Today, we would be able to feed many more people than we do,” Ralf Südhoff, head of the World Food Program of the United Nations in Berlin told DW.

“But we waste too much of the food we produce, and we lack efficient production – particularly in Africa,” Südhoff said.

On World Population Day (11.07.2017), DW explores how to adapt our societies to feed all 10 billion people expected by 2050 – while preserving our environment.

Population growth is not the key cause of hunger, Südhoff said – it is rather a lack of efficiency in managing our resources.

Average productivity in African countries is around 20 percent of its capacity, said Reiner Klingholz, chairman of the think tank Berlin Institute for Population and Development.

But experts agree that productivity could be increased through very simple means.

“Efficiency could be doubled or tripled in African countries by providing basic means such as training, credits and land rights,” Südhoff said.

According to Valentin Thurn, director of the German documentary 10 Milliarden – Wie werden wir alle satt? (10 billion- whats on your plate?), farmers in rural areas are the most affected by hunger – and the ones most commonly left behind.

He believes smallholders should get integrated into the modernization processes – until now, only limited to big industrialized farms.

As simple as consuming what we produce

While it won’t necessarily be easy to feed 10 billion people sustainably, it is possible, experts believe.

“We are producing at such a pace that the natural cycle cannot recover fast enough,” Klingholz said. “And this is mainly rich countries’ fault.”

Global agriculture currently produces some 4,000 calories per capita per day – the double of what each person needs.

“We are already producing enough for 9 to 12 billion people – but we discard a third of the harvest worldwide,” Thurn pointed out.

Even though reducing to zero the huge amount of food waste we produce is still far-off dream, researchers believe it can realistically be reduced by 80 percent, Thurn said.

Invest in the future

Both developing and industrialized countries would have to increase crop yield around the globe.

In 2003, African leaders in the Maputo Declaration agreed to pledge 10 percent of their budget to agriculture – but this target has largely been neglected by most countries that commited.

Moreover, African governments should work hard to reduce the complexities of their bureaucracy and risks to investors, Klingholz said.

The Global North, in turn, must boost its investments in rural areas.

“If we assist local governments in supporting small farmers, the impact would be immense and very positive,” Südhoff said.

And then there is climate change. The World Food Program estimates that under climate change scenarios, the risk of malnutrition for children will increase 20 percent by 2050 – meaning 24 million more children could soon suffer from it.

Industrialized countries are therefore even more responsible for mitigating the effects of climate change, Südhoff believes.

For some, the solution to all these challenges could be found in the development of technological innovation.

“As most of the suitable farmland is already under cultivation, growth can only come from innovative practices that glean more from each acre – without disrupting natural resources,” Utz Klages, a spokesperson with Bayer Crop Science, told DW.

The German company highlights that its products – such as genetically modified seeds – provide better quality agricultural production, which can demand a higher price and increase farmers’ profits.

However, Thurn believes that multinationals like Bayer are not the correct actors for leading global agricultural change.

“They always have capital-intensive solutions, and they want to make farmers dependent on buying seeds from them every year,” Thurn said.

But this debate is superfluous, Klingholz believes.

“Now is the time to support small-scale farmers so that they can sell their products at a larger scale,” he concluded.