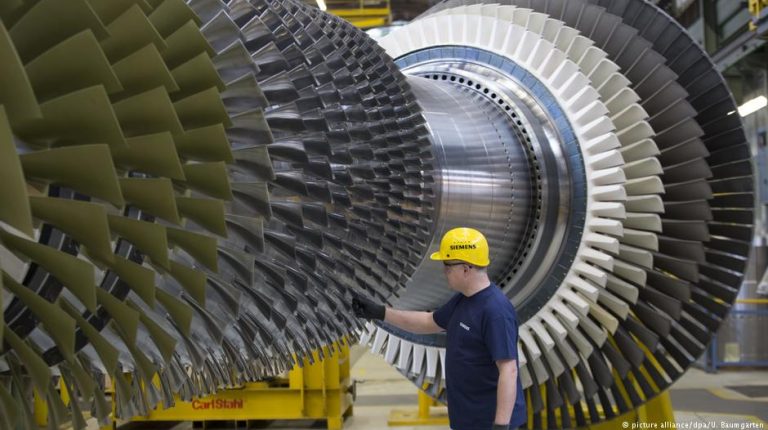 Siemens will open charges on the “responsible individuals” who shipped turbines to Crimea from Southern Russia. Russian Energy Minister Alexander Novak said Moscow will push ahead to construct two plants in the region.German industrial giant Siemens is set to open criminal charges against those guilty of transferring shipments of gas turbines from Southern Russia to Crimea “against its will.”

In a statement released Monday, the conglomerate said that it had been tipped off by “reliable sources” that two of its turbines, sold to Russia, were being sent to Crimea, which was annexed by Moscow in 2014.

The European Union sees Russia’s actions in the Crimean peninsula as a violation of international law. The bloc’s foreign ministers agreed last month to extend sanctions until June 2018.

Sanctions have hit Russia’s plans to guarantee energy security for Crimea, which is still not internationally recognized as part of Russia.

“This act represents a clear breach of the contract of delivery with Siemens,” the company said, demanding that all turbines be shipped to Taman, the agreed destination near the Black Sea.

“This constitutes a clear breach of Siemens’ delivery contracts, which clearly forbid our customer from making deliveries to Crimea,” it added.

German engineering giants Siemens have established a long, fruitful relationship with Russia and the company invested more than one billion euros ($1.14 billion) in Moscow’s oil and gas infrastructure at the beginning of the decade.

In 2015, before sanctions were formally imposed, Siemens agreed a deal to acquire a power station from the Kremlin. Siemens says that an internal task force will investigate all operations and deals in Russia.