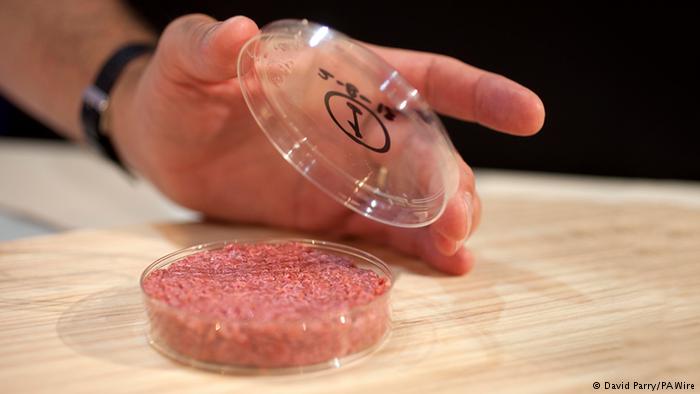 Bio-hacker Hannes Sjoblad believes bio-hacking is all about the democratization of access to powerful technologies for the benefit of humankind. He tells DW how bio-hacking can revolutionize food production systems to help sustainably feed a growing global population.

Deutsche Welle: So you believe that bio-hacking can help humankind – as well as the Earth and the environment. Can you give us some examples?

Hannes Sjoblad: We know the meat and dairy industry are incredibly resource inefficient. The current food production systems on the planet simply cannot sustain 7 billion inhabitants who would like to have the type of diet that you and I are used to.

So we need to make those systems a hundred times more efficient – and digital biology has the solution. By producing milk in vitro, we can make the process 10 to 100 times more energy-efficient.

There are now a lot of startups in the domain that we call digital biology or synthetic biology, where, for example, entrepreneurs can modify the genes of yeast cells to make them produce milk. So we can now produce milk without cows.

A cow is not very good at converting grass energy into milk. I mean, more than 99 percent of the energy is lost on the way.

A cow uses more than 90 percent of the energy it consumes to live, right. So just because we used to do something from the Stone Age onward, doesn’t mean we need to do it tomorrow.

We have to accept the fact that the world is not the same as it used to be, that we now need to host 7 billion humans on this planet, and we need to modify the systems we have to cater to this population.

This is very seductive, especially if you’re concerned about animal rights and animal welfare, and are aware of the condition that a lot of animals are kept in these days.

But there is often a very strong concern about keeping things “natural.” We have to keep things natural, because if it’s made in a laboratory – if it’s synthetic – it’s unnatural, and it can’t be good for you, right?

We humans have an instinctive tendency to be skeptical of new things – when we don’t fully understand how they work and what the consequences are. But over time, we get used to it.

So I believe that once we acquaint ourselves with these technologies, we will come to see them as something very normal.

So you can also apply bio-hacking to food systems?

After all, they just contain genes, like every living organism does. And there still exists in certain lobby groups a resistance to GMOs. But my perspective is that if we are going to cater for a growing world population, we need to apply genetic modification to our food production system a lot more than we do today.

It’s not just lobby groups – there is also substantial resistance to consuming something that’s been genetically modified among the public.

Unfortunately based on ignorance, to be frank. I think the same principle applies to adopting a new technology. Let people try, see how it works, understand how it works, and then people can make their own decisions. So yes, the media plays an important role here in helping people understand.

We must see the precautionary principle in context. The status quo also entails significant risks and problems. With bio-hacking, of course we need to be careful – we need to be science-based, and we need to be evidence-based.

Hannes Sjoblad is a Swedish bio-hacker activist and Chief Disruption Officer at Epicenter in Stockholm.

Sonya Diehn conducted the interview at the Global Media Forum conference in Bonn.