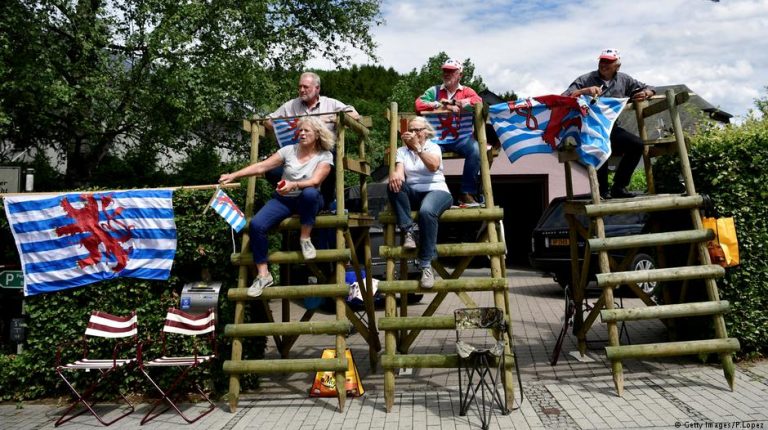 Despite having to unclip from his pedal mid-sprint, the Slovakian Bora-Hansgrohe rider shrugged off the competition with relative ease on the 1.6-kilomter category-three climb at the end of the ride from Verviers to Longwy.

After an initial breakaway group temporarily opened up a two-minute lead, the peloton gradually swallowed the riders up, leaving 24-year-old Tour debutant Lilian Calmejane to make a brave solo bid for an unlikely stage win on home turf.

But despite claiming a King of the Mountains point at the top of the category-four Côte de Villers-la-Montagne, Calmejane was also hauled in with 10 kilometers to go, as the field approached the final climb as one.

A small crash at the back of the peloton saw Trek-Segafredo’s Michael Gogl and Team Sky’s Vasil Kiryienka go down but both were soon in the saddle again and an accident on the scale of Sunday’s stage two pile-up 22 kilometers from Liège was avoided.

At the front, the GC favorites jostled for position but with Sagan in the rainbow jersey in the field, there was only ever going to be one winner on the final climb. The 27-year-old even had time to unclip from his pedal on the final straight before crossing the line.

“At the end I did unclip, I don’t know why. I was thinking ‘whats going on?’ he said at the finish line. “I was unlucky but I managed to go again and I won, I’m delighted.”

“There were no [serious] crashes, which was good, but it was a really hectic final,” added race leader Geraint Thomas. “I’m happy to get through unscathed.”