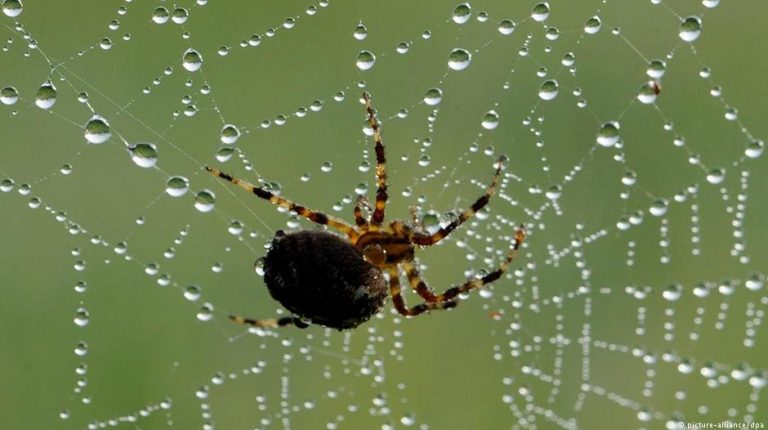 Spiderman might be able to do whatever a spider can, but man lags a long way behind. And not for want of trying. Let’s take a look at the webs we simply cannot recreate.Earlier this year, scientists presented the world with a staggering and slightly creepy statistic: every year, the spiders of the world eat their way through between 400 and 800 million tons of biomass, which is equivalent to the combined weight of the entire adult human population. Or twice that at the upper end of the scale.

Before you run screaming, it doesn’t mean they would eat us. Far from it. They prefer to wrap their carnivorous chops around the unsuspecting bodies of insects great and small. Cue the beautiful orb web, as the constructions we commonly associate with spiders are known. An ingenious feat of natural engineering.

Often spun on a nightly basis using between two and eight spinnerets – depending on the species of arthropod – their silk is the envy of researchers seeking robust substances for bridges, bullet-proof vests and even artificial tendons.
Not only are their complex strands extremely elastic, but stronger than steel. And that is not all. Their flexibility and tensile strength are complemented by a stickiness so successful, it has been ringing the death knell for insects for the past 100 million years. Once trapped, there is little way out, except through the jaws and bowels of the web-keeper.

A sticky end indeed. But how come spiders don’t get caught in the brilliance of their own making? Ahh, that would be because they are too clever by far. Apart from moving so nimbly that only the hairs on the tips of their legs make contact with the silk, some arachnids are also able to spin a non-adhesive silk as well as the gluey variety.

Knowing exactly where they place it, they make sure they only travel along ‘safe’ routes to their dinner. And if, as sometimes happens, no bugs should stray into the waiting web, some spiders stave off hunger by eating their own silky creations. The ultimate act of recycling, one could say, for in so doing, they consume enough protein to spin anew the following night.