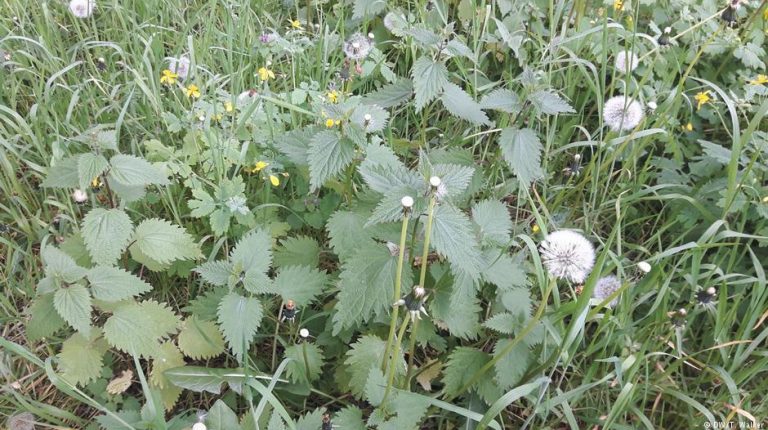 Malicious and maligned, nettles are a pain. Quite literally. But they’re also brilliantly designed and kind of tasty. Maybe it’s time to give them another chance. Maybe?Having grown up in the English countryside, stinging nettles were as much a feature in my life as the grass in which they loved to hide. They were everywhere and they acquainted themselves with my ankles, arms and legs from an early age. But I, like most children of rural British origin, was imbued with the popular wisdom that where there are nettles, there are docks – as in the plants – also known as Rumex L. And that they, being somehow magical, would be a salve to the misery of being stung.

Whether they really did or not, indeed do or not, is the subject of ongoing debate. It’s obviously an important issue of our times. I’m not going to get hung up on the science of it. Too sweet are my post-sting memories of spotting red-tinged leaves growing beside their less benign bedfellows. Too delicious, the green goodness that, if rubbed hard enough on the affected spot, left an equally green stain. And removed the pain.

If, in my blithe acceptance of the relationship between good plant-bad plant, I had ever stopped to think about whether they would be bedfellows in other parts of the world, I would likely have seen no reason for that not to be the case. Foolish me.

It came as something of a shock then, when having had my first brush with the unforgiving plants here in Berlin, to find no dock leaves in sight. Nichts. Not a one. And not for want of my looking. In the ensuing years, I relived that same painful reality time and again, until I was forced to conclude as a point of fact that Rumex L. and Urtica dioica are estranged.

More point than fact, I discovered recently on a jaunt to Brandenburg, the state that surrounds the capital. Having been stung, (and yes, it does happen to me a lot) I was as stunned as excited as delighted to see clumps of leathery docks growing within physical reach of their caustic counterparts. I helped myself. Thank you, Mother Nature.

That has all the trappings of a happy ending, but this story is actually very much in its infancy. Because that encounter with the nature of nettles made me realize how much I like their smell, how the sight of their familiar form is somehow comforting, and how, perhaps because they have been a part of my life since it began, I feel a kind of kinship with them. And I admire the brilliance of their engineering, the glass-like hairs that cover each leaf and snap off when gently touched thereby releasing the disputed stinging substance.

So I’ve decided to eat them. From now on in, it will be Urtica dioica soups, smoothies and sides. The list is as long as the plants’ stalks, which incidentally – and this is a real fact – can be made into textiles. It might be a while before I actually start wearing them, but I have started to drink them. Large pots of nettle tea. Followed by nettle and dandelion tea. But that, is a whole other tale.