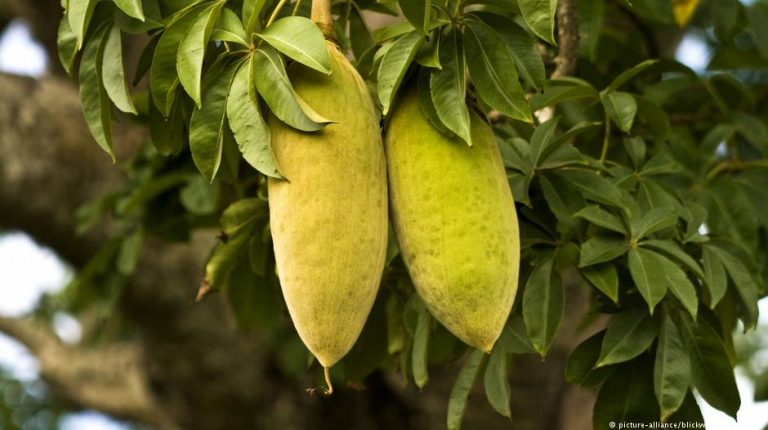 After quinoa, coconut water and kale, the new superfood craze is baobab, packed with vitamin C, calcium and antioxidants. But as the West falls for Africa’s “tree of life,” is it being overexploited?On the African continent, baobab, known as the “tree of life,” has been used in food, drinks and medicine for generations.

All parts of the oval fruit are used. It’s usually split, the pulp removed and left to dry, then pounded into a fine powder that’s easy to mix in food.

Also called “monkey bread” or “bouie,” it makes a popular juice, while leaves and seeds are also used in cosmetics and in food.

And it’s packed with vitamin C, fiber, calcium and antioxidants – which is why it’s caught on in the West.

Baobab fruit has around 300 milligrams of vitamin C per 100 grams, five times more than oranges.

In Africa, it is revered for its nourishing and curative qualities.

“When the children have diarrhea, you give them bouie juice, because it’s like an antibiotic – that’s what I was taught. When I have a stomach ache I take some bouie juice,” she said.

“When I was young, if my mother didn’t have any milk in her breast, she would make a diluted bouie juice for the children,” she added.

Now, Europeans are catching on the idea it has healing powers.

“It’s high in antioxidants – that’s why Europeans worship bouie, because there are anti-aging priorities that are attributed to it,” said Nafissatou Diop Ndiaye, a researcher at the Institute of Food Technology in Dakar.

But the West’s new enthusiasm for monkey bread isn’t all good news.

Traditionally, baobab is a wild fruit, harvested by hand.

“We go into the trees and search for it,” Fatou said. “Sometimes you find the bouie that fell on the ground; sometimes the children climb the baobab and collect the fruits.”

But now, Diop Ndiaye, who develops ways to process and conserve fruit and vegetables so they can be commercialized, fears the fruit might become scarce.

“It is a forest fruit that today is overexploited because of its virtues,” she said.

In 2008, the European Union allowed imports of baobab for the first time. Since then, demand has been growing.

“Our main fear is that we have this fruit that’s not cultivated, so overexploitation can have negative consequences on the environment,” she said.

But if more baobab trees are planted, Diop Ndiaye believes they could provide a sustainable livelihood for African communities.

Senegal’s National Agriculture research center has managed to reduce the fruiting cycle so bouie fruit can be harvested after five years instead of eight.

“Why not have baobab orchards the way we have mango orchards so that it’s no longer [just] a forest product,” Diop Ndiaye said.

That could be good news for baobab fans in Africa and Europe alike.